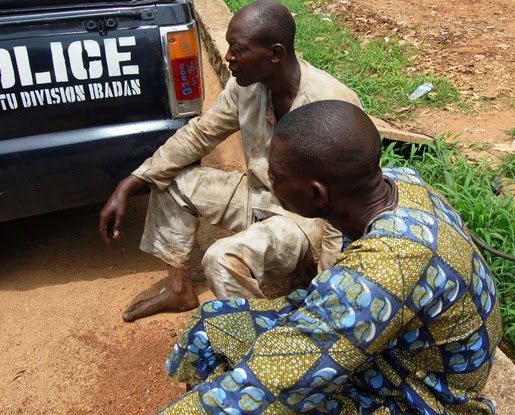 A man was beaten to pulp by a mob which allegedly found in his possession two Blackberry, one other phone and a booklet which contained list of human parts and their prices.

He was attacked at Yemetu area of the state by the mob which suspected him to be one of the operators of Soka “forest of death.”

Also, another man was mobbed by angry crowd after a price list of human parts was allegedly found on him.

This came as a man, who was about being dispossessed of the large sum of money he withdrew from a commercial bank at Mokola area of the city jumped down from a flyover with his money

Another man, who also disguised as a destitute, was caught at Adeoyo State Hospital with a price list of human parts.

After they were beaten by the mob, policemen took the three men to the State Criminal Investigation Department, SCID.