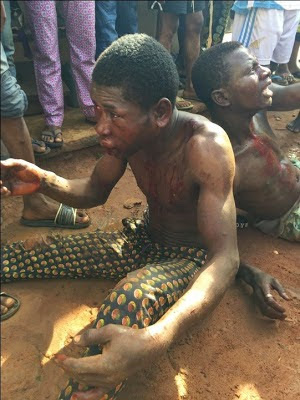 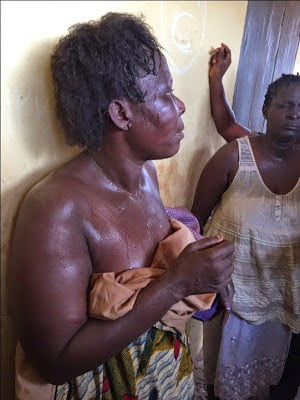 Residents of a village called Odoyanta in Ijebu Ode Ogun State are still living in shock after the arrest of some kidnappers on a fish farm located in the village.

The suspects totaling three reportedly kidnapped a fish farmer feeding his fish this afternoon but in the process of chaining him, another villager spotted them.

The witness who saw them quickly ran back into the village to alert residents who immediately ran into the bush only to find the victim (a 24-year-old man simply identified as Rahimi) chained.

The kidnappers took to their heels but the residents were able to apprehend 2 of them.

The suspects later confessed that the Iyalode of the town sent them to provide a young man for ritual purpose. 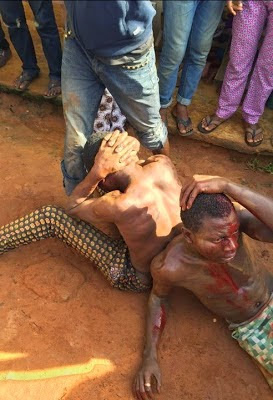 The kidnappers were beaten to stupor before police came over to take them away.

Here is the photo of the wicked Iyalode who escaped death by a whisker this afternoon.

See more photos from Odoyanta after the arrest of the kidnappers below; 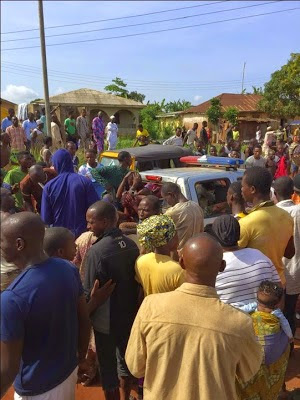 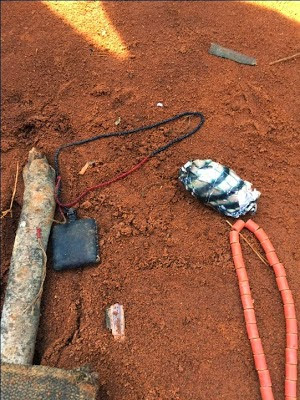 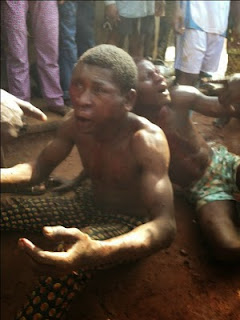 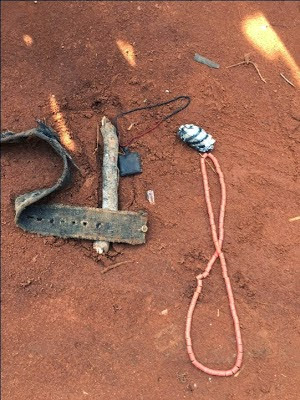 Here is the photo of the 24-year-old victim, Rahimi who is yet to gain back his senses 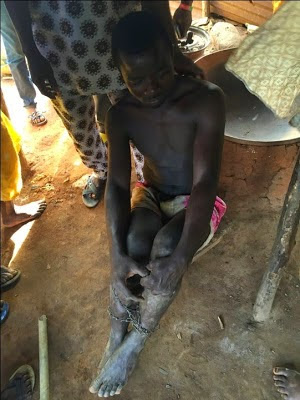 Residents said they have called a priest in the area to perform some spiritual cleansing on him.