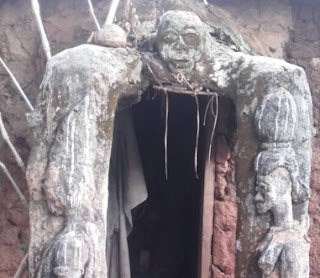 Check out the den of some suspected ritualists uncovered in Irepodun LGA of Osun state over the weekend.

The den was found in Molete area of Ilobu town after police raided the area following a tip off from residents.

2 brothers born to same parents were arrested while the kingpin fled during the raid. 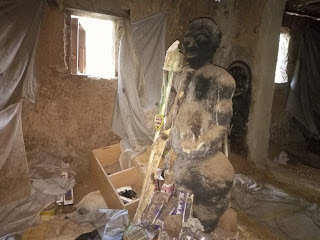 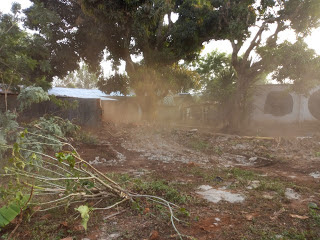 The den is located in a palatial building housing many shrines. It also extends to several adjoining houses and was reportedly serving as a hideout to suspected ritualists. 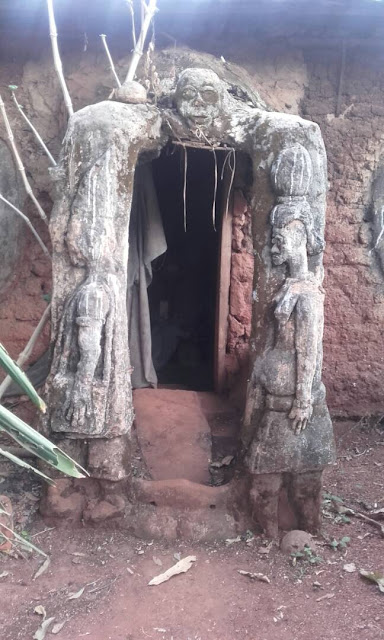 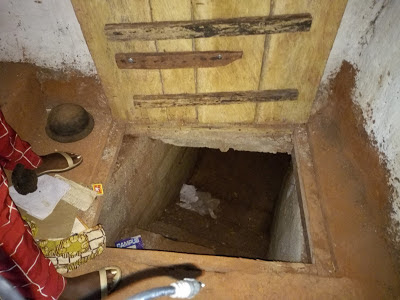 A dungeon with a path that connects one of the shrines to another was also discovered when the den was invaded by the police.