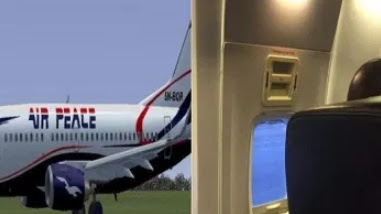 The Lagos Airport Police Command will on Monday arraign a male suspect who allegedly stole N1, 008,000 aboard an Air Peace flight from Abuja to Lagos

The spokesperson for the command, DSP Joseph Alabi, disclosed on Sunday in Lagos that the suspect would be arraigned before an Ogba Magistrates’ Court for stealing.

He said the monies belonged to one Mr Olaniye and Mr Abubakar Jimoh, who were his co-passengers on board the flight.

Alabi said the suspect was apprehended by vigilant passengers and crew while pilfering from luggage aboard the flight, at about 11am on Saturday.

According to him, the suspect was thereafter handed over to the command upon landing in Lagos for investigation and prosecution.