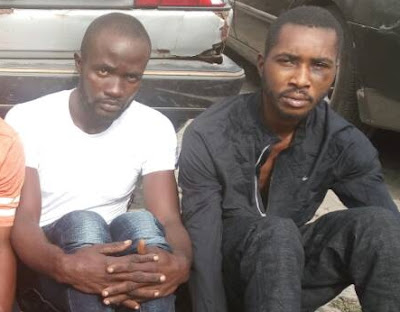 The IRT have arrested 6 notorious kidnappers behind the abduction of 61-year-old Chief Nemi Adoki, on December 15, 2017 and the murder of one Abdullahi Maikano in Port Harcourt recently. 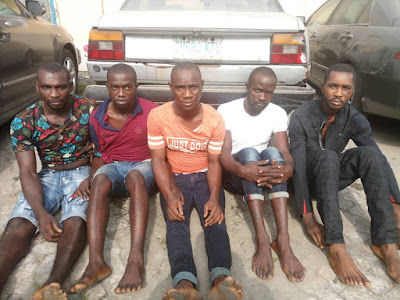 The suspects have been on police radar after the murder of Maikano Abdullahi and Kidnapping of Chief Nemi Adoki on 15th of December 2017 and his eventual release on payment of nine million naira ransom on 4th of January 2018 after 21 days of captivity in the Creeks of Akuku-Toru LGA of Rivers State.

Between 15th of January, 2018 and 5th February 2018, the operatives of the IGP- Intelligence Response Team IRT deployed to PH by IGP Idris Ibrahim during unrelenting follow up, arrested Six members of the Kidnapping gang from different locations In Rivers and Bayelsa states.

Suspects arrested and roles played are:
Justice Timothy 22 deadly gang leader, uses the AK47 and responsible for the death of Mikano Abudullahi.

He was in charge of negotiations and his share from the ransom was 1.8million Naira, Akpos Livinus 33, coordinator of the gang’s operations who arranged the weapons used and the location of the stronghold in the creeks.

His share was 1.2milion Naira, Daniel Allen ‘m’ 27 who participated in the kidnap, also negotiated for ransom and his share is 1million Naira,The Kelvin Alpheus 30yrs was tasked with cooking and running errands for the gang and hostages. His share was 400k Naira.

Others include David Abak 29 who was the driver of the operational vehicle used for the kidnap and his his share was 800, 000 Naira.

Tekena Silva 26yrs, the sacked driver Of the victim, Chief Nemi Adoki, brought the kidnapping job to the group and got one million Naira share from the Ransom.

Efforts are ongoing to arrest a fleeing member of the killer gang as police recovered two Pump Action Guns.

Continue Reading
You may also like...
Related Topics:kidnappers, most, river state, wanted