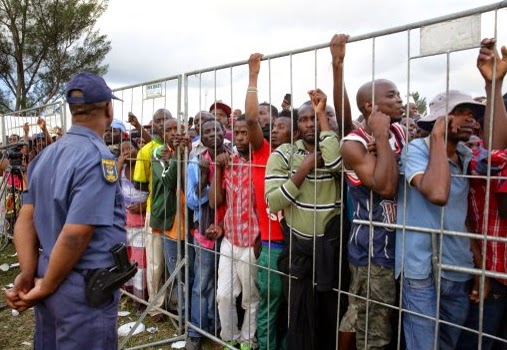 In the wake of 3 weeks of escalating anti-foreigner violence in South Africa that has killed over 50 and displaced more than 5000 immigrants, President Jacob Zuma has pleaded with foreigners to stay in South Africa. 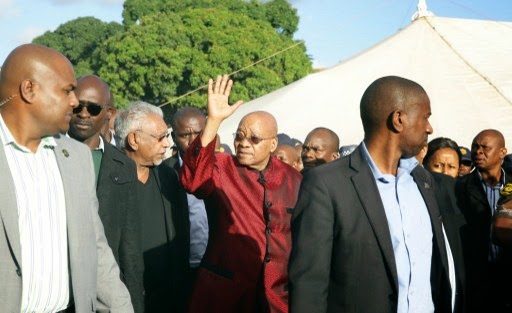 Under pressure to avoid a repeat of the 2008 bloodshed, Zuma travelled to Durban to visit a camp for foreigners displaced by the violence, but he faced a hostile reception from the crowd, which yelled “go home, go home” and “too late, too late”. 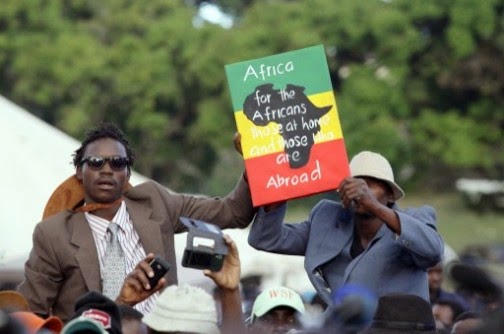 “As government, we’re not saying to you ‘go away’. It is not every South African who is saying ‘go away’. It is a very small number of people who say so,” Zuma said at Chatsworth camp, where he presented a cheque of 50,000 rand ($4,100) to help the victims of xenophobic victims.