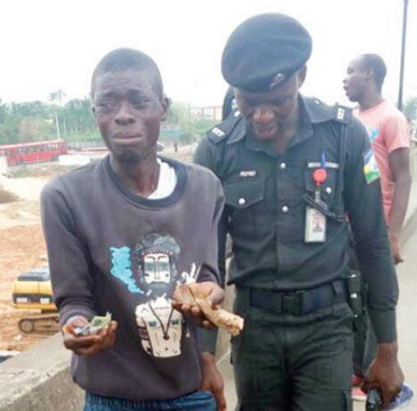 The newly installed CCTV (Close Circuit Television) has caught a thief who made his first attempt at the Oshodi Lagos Bus Stop.

The man identified as Emmanuel Alowonle was nabbed by RRS operatives the moment the CCTV was deployed to monitor activities in Oshodi caught him.

According to the RRS, the 18-year-old suspect who hails from Ondo state came to Lagos to work as a bus conductor in 2015. 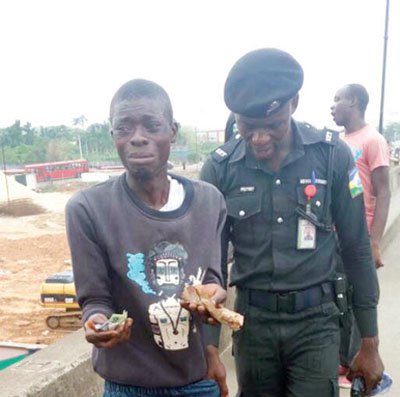 The suspect is currently in detention.