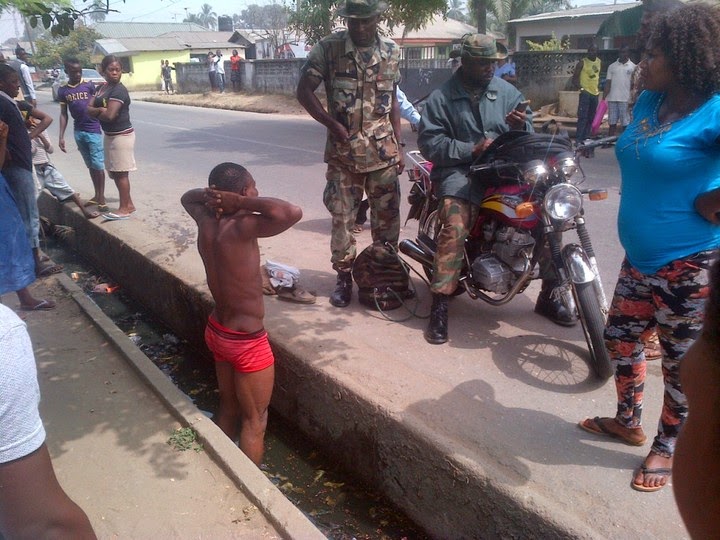 The guy pictured above in red boxer escaped death by a whisker this afternoon after he was caught in a spiritual theft mess in Calabar Cross River State.

The unidentified man reportedly bought a boxer from the woman wearing blue top and gave her N500.

All of a sudden, all the money the woman made for the day disappeared.

She shouted Inor Inor (Thief) but unfortunately for the alleged spiritual thief some soldiers were passing by at the time.

He took to his heels but the soldiers caught up with him and forced him to swim in that gutter pool.

After giving him several koboko, he confessed and the money reappeared.

As at the time of this report, he has been taken to a police station for further investigation. 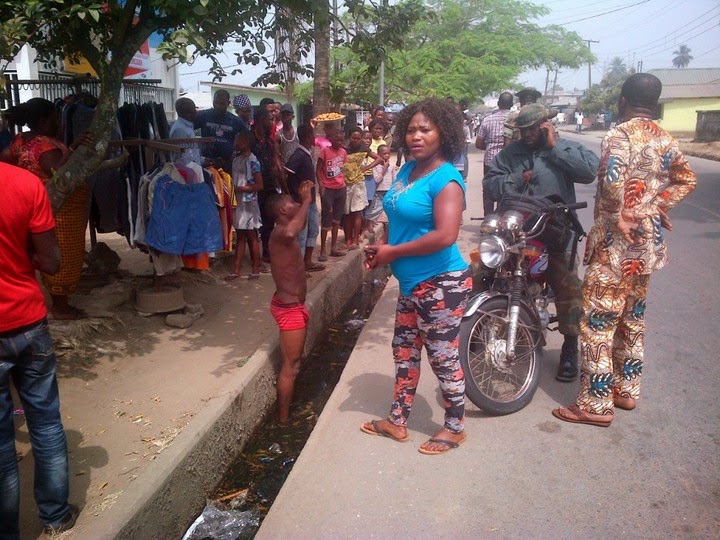 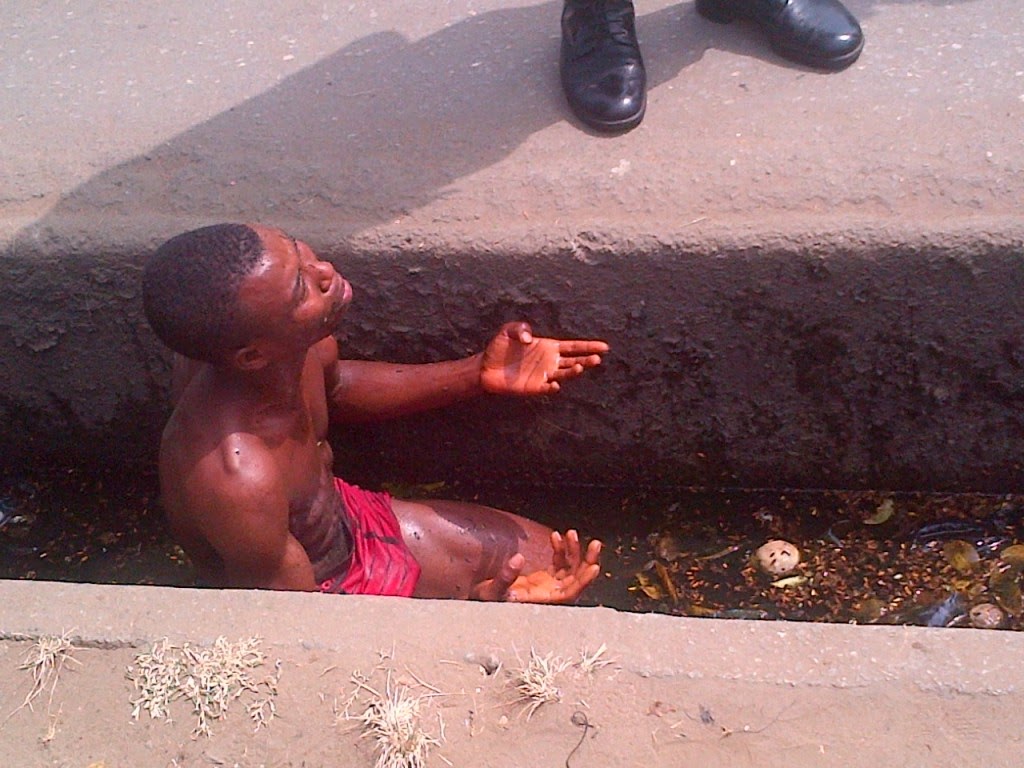 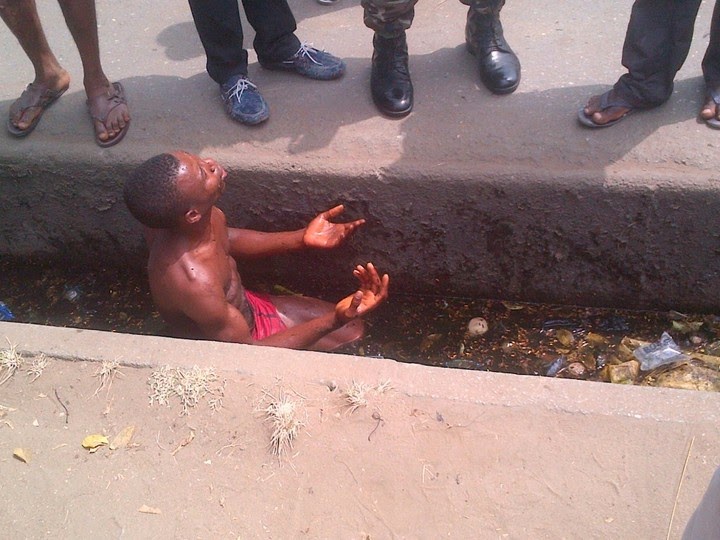 Wonders never cease in this country.