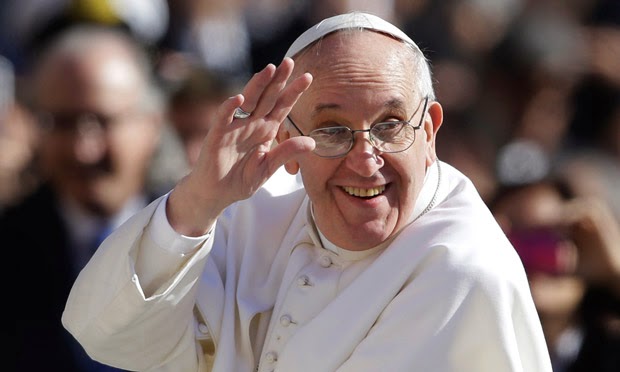 Jan 15, 2015- I’ll Punch My Aide If He Insults My Mother “- Pope Francis Warns Against Religious Mockery

Pope Francis warned that he was ready to “punch” anyone who insulted his mother.

The pontiff said this on Thursday in remarks made en route to the Philippines from Sri Lanka, that“ there are limits to freedom of expression and my mother was the limit.

“We have a duty to speak openly, to have this freedom, but without offending others.

“It’s true that you cannot react with violence, but if my aide Doctor Gasbarri, who is a friend, badmouths my mother, a punch would be coming for him,” he added.

The Pope said in relation to recent events in Paris that violence in the name of religion can never be justified, but that there are “limits” to freedom of expression.

“Many people badmouth religion, mock it, play with other people’s religion.

Continue Reading
You may also like...
Related Topics:mother, pope, punch