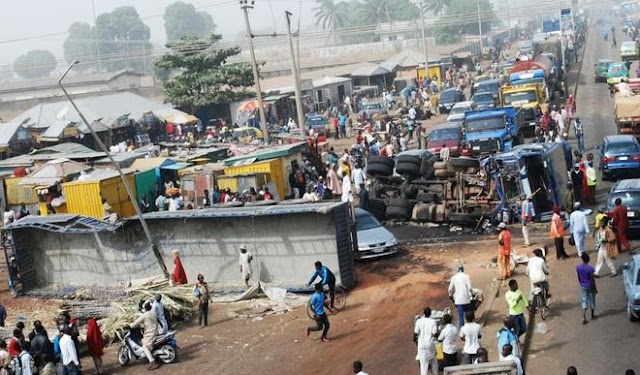 A train heading to Lagos from Kano collided with a fully-loaded trailer at a railway crossing in Kawo area of Kaduna around 3.am on Wednesday the 28th of December 2016.

The impact of the crash reportedly cut the trailer into two.

FRSC Sector Commander for Kaduna state said the driver of the  trailer belonging to W.A Group of Companies refused to stop for the rail line even when the train was blaring.

The crash caused traffic gridlock that lasted for over 6 hours. 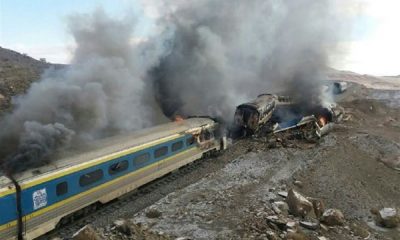