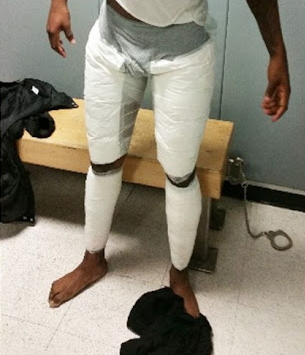 April 27, 2017 – Photos: US Customs Seizes 23 Pounds Of Cocaine With Street Value Of $400,000 At New York JTF Airport From 2 Drug Smugglers From The Dominican Republic

The two men had the 23 pounds narcotic taped to the legs, clothing and back in a desperate attempt to smuggle it into the United States. 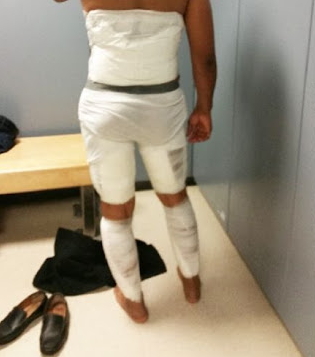 According to US Customs and Border Patrol, the two men were immediately arrested and are facing drug smuggling charges.

The seized narcotic is said to have a street value of 0.4 million US dollars.

Continue Reading
You may also like...
Related Topics:$400000, cocaine, us customs