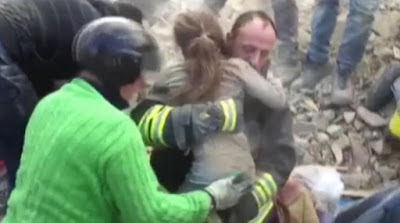 August 26, 2016 – Miracle: Girls Survives Italy’s Earthquake After 17 Hours Of Being Trapped Under The Rubble

Meet one of the survivors of the terrible natural disaster that struck Central Italy few days ago.

The girl of about 10 years whose identity was not revealed reportedly survived the earthquake that killed her entire family in Pescara Del Tronto, Italy.

One of the rescuers, Massimo Caico described the girls’ survival as miraculous.

During a press conference in Rome today, Caico said the girl was practically unscathed after being trapped for about 17 hours under the rubble.

He added that the girl was protected by the dead body of her sister.

The girl is currently at the hospital being looked after by her grandmother. 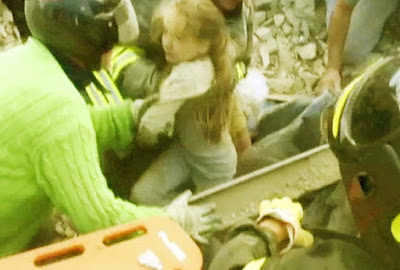 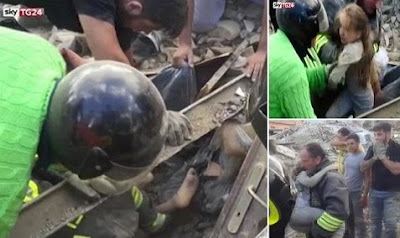