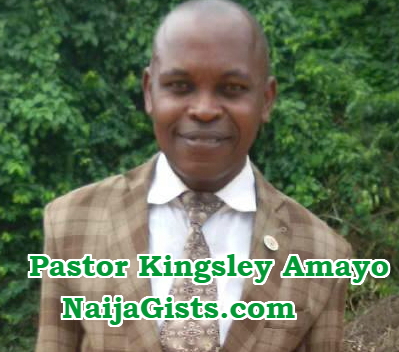 A Pastor of the Living Faith Church International has been arrested in Uromi Delta State over the murder of his wife, Faith Amayo.

During investigation, the suspect, Pastor Kingsley Amayo told police his wife, 38-year-old Faith Amayo died in car accident that happened on July 26 at Ujogba while he was driving her to Benin however conflicting report indicated that Pastor Kingsley and 3 other Pastors currently in police net master-minded the whole plan. 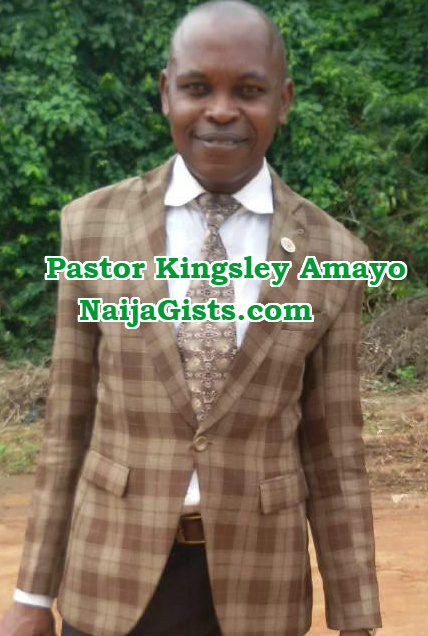 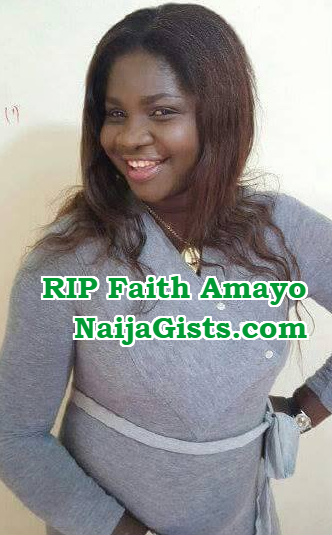 The family of the deceased woman reportedly filed a petition against Amayo after evidence showed Faith Amayo was murdered for money ritual.

The suspect is reportedly trying to bribe officers in charge of the case at Zone ‘5’  Benin to escape justice .

Worried members of the Church who believed the suspect is a bad egg to the body of Christ took to the social media to expose him.

Engineer Fidelis Evbuomwan, a senior brother to the deceased woman said the deceased who married Pastor Kingsley Amayo in 2011 didn’t have any child.

The petition filed before AIG revealed that the family of the deceased woman suspected that the husband must have used her for ritual.

The matter is currently under investigation.

This case is got nothing to do with highly respected man of God, Bishop David Olaniyi Oyedepo.

After proper investigation, all the bad eggs seeking to tarnish the good image of the Living Faith Church Worldwide will be put to shame.