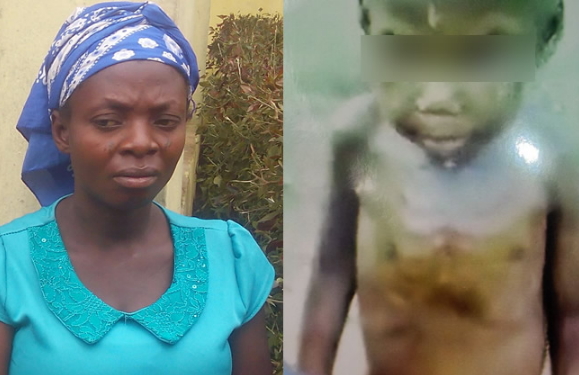 For allegedly being ‘possessed,’ a toddler, Precious Michael, was banished to a solitary confinement in a cage for about five months by her foster mother, Mrs. Mary Matthew. Precious was fed like a dog and made to defecate in a corner of the cage.

The incident occurred at Imafon community in Akure South Local Government Area of Ondo State. Precious, who is about four years’ old, was accused of being responsible for the death of her biological mother a few months ago.

After her mother’s death, Precious was asked to live with her mother’s elder sister, Matthew, who has six children and is expecting the seventh. Matthew said she isolated the girl so that she would not “infect other children with the sickness that killed her mother”. 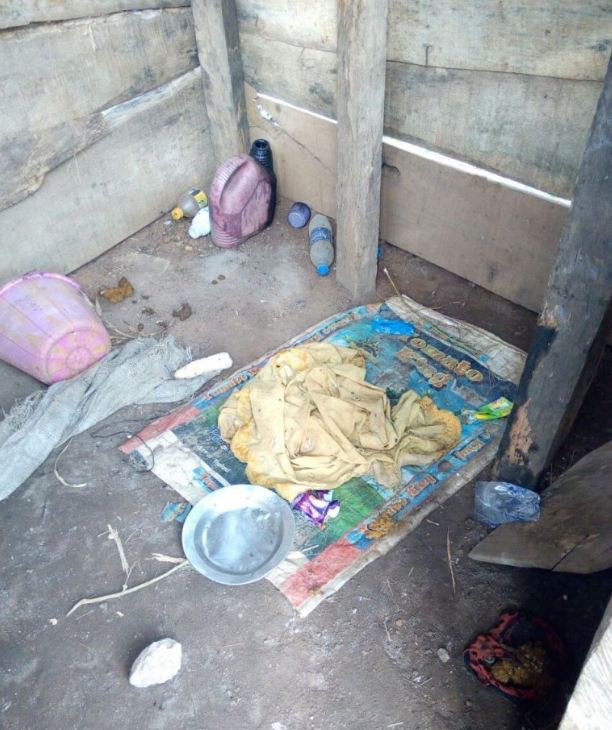 But neighbours, who noticed what the girl was going through, alerted the police. Officials of the Juvenile and Welfare Centre (JWC) of the state Police Command rescued Precious and took her to the police clinic for medical attention.

The Officer in Charge of JWC, Assistant Superintendent of Police (ASP) Olayemi Ojumu, said the victim was malnourished and was at the point of death before she was rescued.

At the clinic, Ojumu and other police officers donated blood for Precious to regain consciousness. Briefing journalists on the incident, the state Commissioner of Police, Mrs. Hilda Ibifuro-Harrison, said the foster mother exposed the toddler to a condition that could lead to her death.

The commissioner said Precious could have died if not for the quick intervention of the police.

She said: “Good people in the neighbourhood noticed that a child had been put in a cage for some days near the homes of some persons where we later discovered were the foster parents to the young girl of four to five years.

“She was being fed in the cage. She was made to defecate in the cage for a long period of time and it was brought to the notice of the police command.

“We have a female officer in charge of JWC and the DPO of ‘A’ Division quickly swung into action. We got the little girl rescued from the cage; she was taken to the police clinic.

When I saw this little girl, I have to be strong as an officer but my emotion took over my person because I did not know she could survive. She was in anaemic state. As a non-professional, you could see she was going (to die) and they needed to transfuse blood immediately.

“But my joy came when I knew that the officer and other officers were ready to donate blood to save the life of the little girl.” Ibifuro-Harrison said the girl had responded to treatment and that the Ministry of Women Affairs would take custody of her. 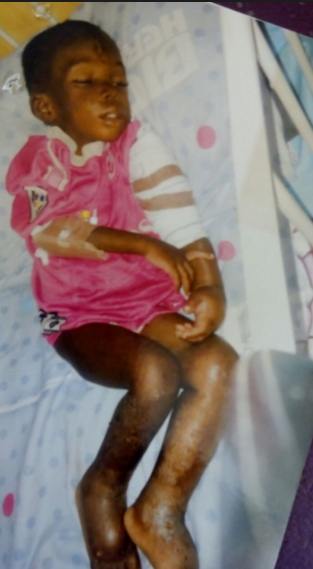 Matthew, who hails from Enugu State, claimed she put Precious in her shop where she was fed on a daily basis. Matthew, however, said Precious was isolated because she did not want the girl to mix with her own biological children in order “not to infect them with the disease which killed her mother.”