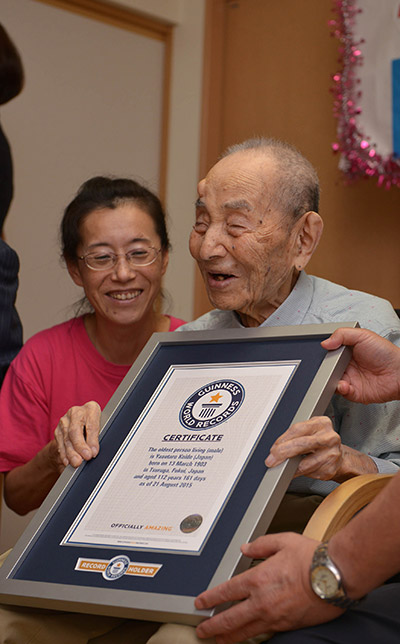 Meet the currently holder of the Guinness World’s Records for the oldest man in the world.

Yasutaro Koide lives in Nagoya city in Central Japan. He received his certificate last Friday as family and city dignitaries applauded him. 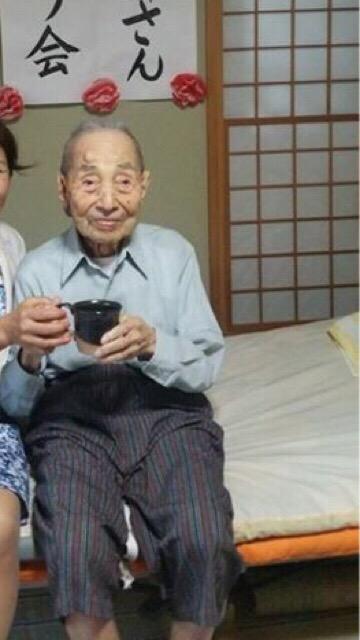 He succeeded Sakari Momoi of Tokyo who died in July at age 112.

Koide said the secret of his long life is his stress-free routine. He doesn’t overdo things nor smoke or drink.

He still read without glasses.