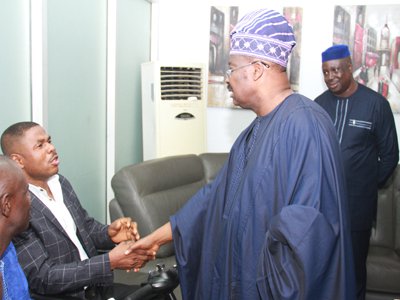 The outcome of  the meeting which held around 11:30 am at Ajimobi’s office in Agodi was not disclosed by either of the parties involved in the illegal demolition saga. 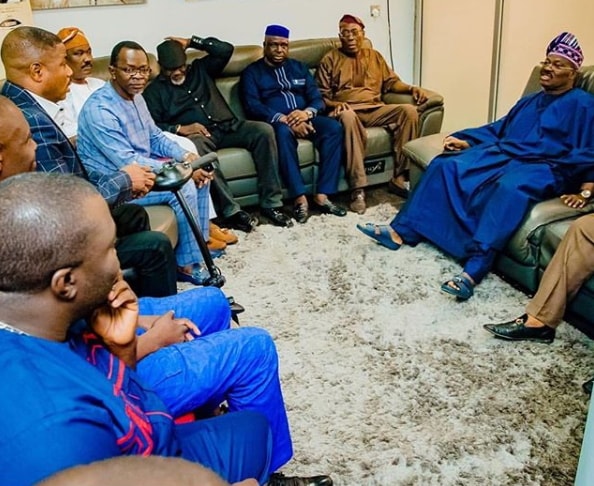 Here are some comments from heartbroken fans of the gospel singer.

princeadeshile Mscheew. I’m disappointed. Sue his ass instead of having stupid meetings with him.
carexx1145 I’m not interested pay Dr yk period even at that history will not forget what you did to him. So so so sad .
dearmother_digitalstudioCampaign after election, he doesn’t anything else to say after his evil behavior.
mjide1 Is that why he has to open his legs wider than his house gate?
williamayeni OK..we are waiting for the outcome
monsuratyetunde What does he have to say now at least he has done his own God will do greater one in Jesus name
oyewoadeola Medicine after death
iamvickyseunNah the outcome we wan know
i_am_adeblessWhat is the conclusion pls
ennyhollar__They knew that hv lost d elections…they now wanna run under yinka Ayefele’s shield ….chai,Ajimobi gt brain
olusegunaraAjimobi.. Chai!! He must have directs or indirectly said something insulting with that look which I am seeing.
rbtvofficiall Oye olorun. God understands better than us . @freshfmibadan @yinkaayefele
isaacbamiz Better o ooo and it must not be on plead o they must pay for the damages and not from my Oyo state money o from their party and personal pocket ni…
tunraharyo U know election is coming ajimobi will want to settle it.APC stakeholders will tell him to end d dispute..
adediwuraj The Constituted Authority that I know would not have called Dr Yk for any meeting. He was forced to do so by the media and public pressure.
manuel_ptite Nice @yinkaayefele when it comes to matters like this and people in power, you need to be diplomatic. Its not stupidity, it is wisdom.
akinrindethegreater

I spoke with a friend who is close to @yinkaayefele today. My sincere counsel is that egbon should tread carefully. The Governor cannot be trusted. He knows he has shot himself and his party in the leg. This is just damage control.

Yinka Ayefele and his Station are now synonymous with the pains of the common man in Oyo State as shown by recent events. The masses are in love with the brand. Any attempt to hobnob with the Governor and his government will be misconstrued and this could backfire for the station and the Ayefele brands.

Exercise caution in accepting any olive branch extended to you at this time. See it out in the courts. Do not be BOUGHT out of seeking due redress in court.

Do not make an enemy for yourself in the masses.

Learn from the errors of the radio station in a white building.
Don’t be used to score a cheap political point. The Governor is not sorry. This parley is due to political expediency.

Continue Reading
You may also like...
Related Topics:ajimobi, ayefele, Meeting