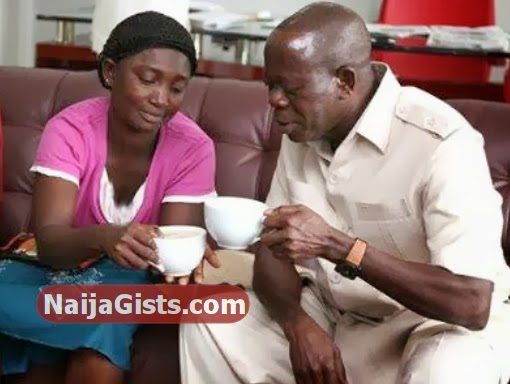 A lovely photo of Edo state Governor Oshiomhole and his oppressed widow has surfaced.

In the adorable picture, the former labour leader was spotted with the woman named Joy Ifijeh cheering with cups of tea.

According to sources, Adams Oshiomhole has given the woman a whopping 2 million naira as an apology for his cruel “go and die” statement in addition with an offer of employment.

If not for the timely intervention of kind-hearted Nigerians and Naijagists who uploaded the video, this is how this woman would have suffered oppression from the Governor.

A widower and a widow, what a perfect match!

Nigerian politicians and their magomago lifestyle.