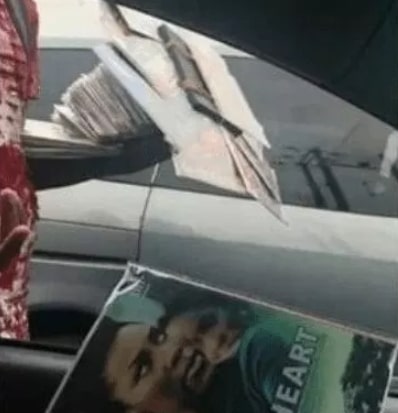 Nollywood actress Genevieve Nnaji hardwork has been dragged to the mud.

The actress who made history as the first to bring Netflix to Nollywood is very disappointed as pirated copies of her new movie, Lion Heart is now selling in Lagos traffic.

A disappointed Nigerian who spotted the pirated copies being sold in traffic in Lagos took to the social media to write;

“Can you imagine how these people spoil people’s business? Common, this movie is not even 1 week old and it’s already selling in traffic for N150.

This is bleeped up and sad after all the work a person will put into a movie? Naaaaa COMMON!”.

Piracy has become a monster in Nigeria.

Because of this selfish act, many producers have stopped making movies as there is no guarantee of profit.