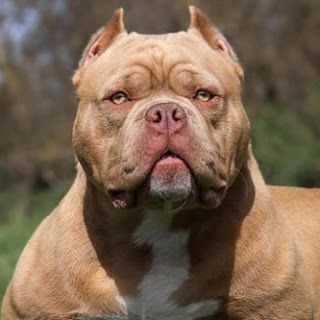 A bull dog is set to be put to sleep after autopsy result released today confirmed that it mauled its owners to death in Hanover city, Germany.

The incident which happened on Tuesday shook the entire city and prompted a debate on dog ownership rules.

Last Tuesday the dog mauled its owner, a 27-year-old seriously ill man and his 52-year-old mother in their apartment in Havover.

The daughter of the woman alerted police after she saw the lifeless body of her mother through the window .

The dog captured by fire rescue workers  has been taken to an animal shelter near Hanover.

Chico the bulldog will be euthanized.

4 IPOB Members Arrested During Meeting In Anambra, Others Escaped
Nigerian Lady Fired By Indian Boss For Turning Down His Sex Demand