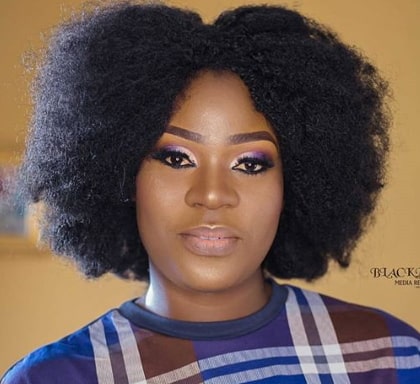 Plastic Surgery Disgusts Me After My C-Section Experience – Motilola Adekunle

Cosmetic surgery is becoming more popular among Nigerian celebrities and socialites now, with many of them being accused of taking that route to get a ‘perfect body’.

However, while some people have frowned at it, some others have said they don’t have a problem with it. For Nollywood actress, Motilola Adekunle, there is nothing wrong in having plastic surgery.

“There is nothing wrong in wanting a little enhancement; I don’t think there is anything wrong in it. What I am not comfortable with is how some people try to change their gender. I think I might give it a thought if I could afford plastic surgery, though it is not like there is any part of my body that I would like to alter or change.

“With my experience with the caesarean section I had when I was having a baby, I don’t think I would want to go under the knife again in my entire life. If I didn’t have that experience, I probably would give plastic surgery a thought,” she said.

Asked if she would feel comfortable if her daughter chose to become an actress, she noted that she would support her even though her husband might kick against the idea.

“I would be very excited if my daughter decided to become an actress like me. I will make sure she doesn’t make the same mistakes I made. However, I don’t think my husband will be in support of her going into acting,” she told Saturday Beats.

Speaking about social media, she noted that she is naturally a reserved person, and that if not for acting, she wouldn’t have been on social media.

“My husband doesn’t dictate the roles I play in movies to me; I just know where to draw the line. I would reject roles because of my personality as a reserved lady, not because I’m married. I believe there is something unique about everybody. I am comfortable with my dark skin, I have never thought of bleaching,” she added.

Continue Reading
You may also like...
Related Topics:cosmetics, surgery