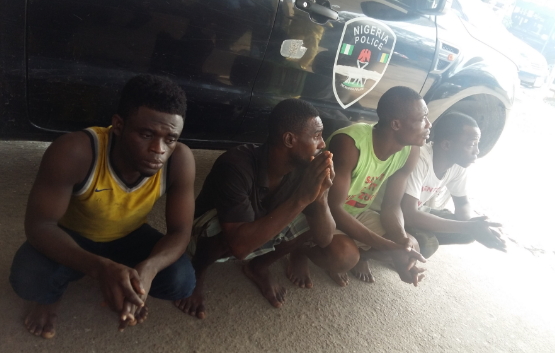 The suspected cultists- Ogbe Andrew, 25, Toheeb Jimoh, 26, Emeka Mgbawunsi, 39 and Sunday Godwin, 29 were arrested at Olokodana Street, Bariga, after a toy gun was found in the roof of their residence.

It was gathered that policemen from the zonal command stormed the area following rampant street fighting among rival cult groups.

In the course of investigating alleged hideouts of cult members, they were received to have retrieved the dummy gun from the roof prompting the arrest of the four suspects.

The four suspects denied being cultists, insisting that they knew nothing about the toy gun found in the premises.