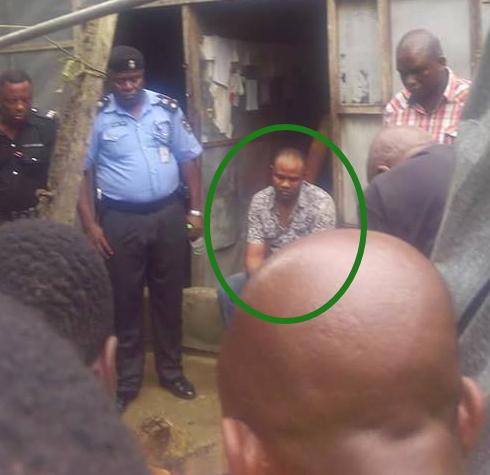 Calabar State Police Commissioner, Hafiz Inuwa, has confirmed the arrest of seven persons in connection with the items unearthed from a church founded by a ritualist in Calabar Cross River state.

“A matter was reported to us and the police swung into action. When they got there, the policemen saw some fetish things within the surrounding of the church and they discovered a shallow grave.

“They dug it and they saw birds buried alive, close to the grave there was blood stains. They saw flesh which only the hospital can analyse. Seven people have been arrested including the said pastor of the church.” 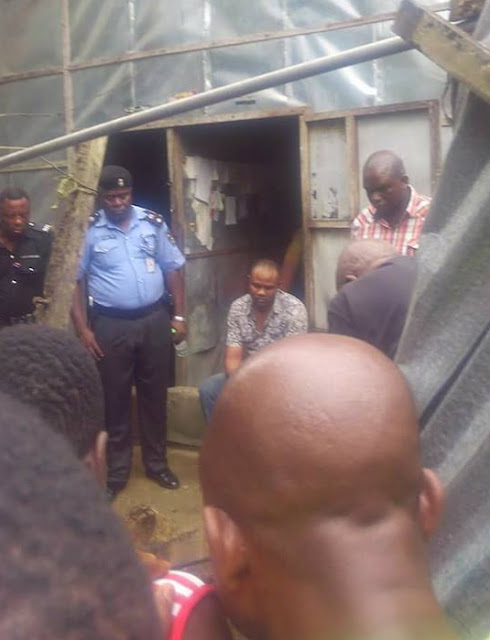 An eyewitness, Linus Ita, alleged that some corpses were exhumed from the shallow grave.

“The pastor killed a small child in the early hours of Thursday and that was what brought out his diabolic activities. Someone sighted him when he was digging the ground to bury the child. They discovered at least five corpses in the grave and other items.

Items found in the church

“Apart from dead bodies exhumed at the site of the incident, there were also woman’s panties found at the place. The pictures of people who visited the place for assignment littered the ground after the place was brought down.” 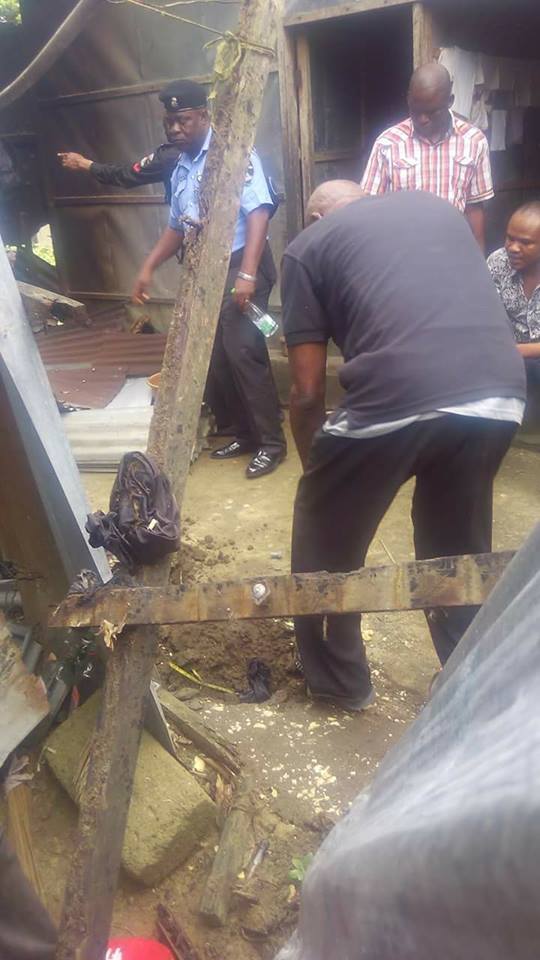 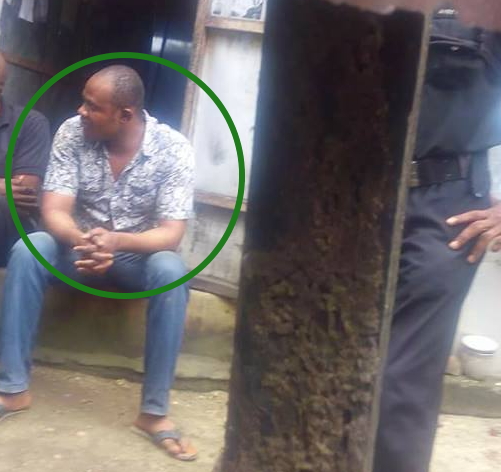 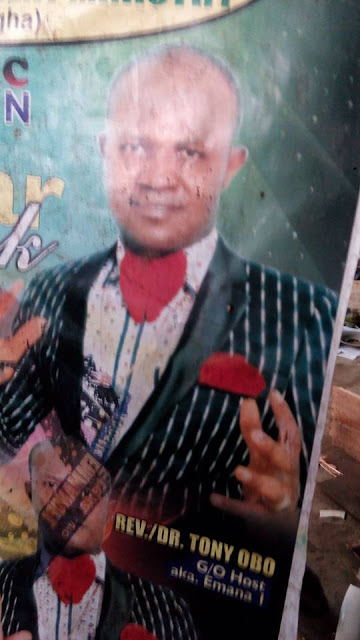 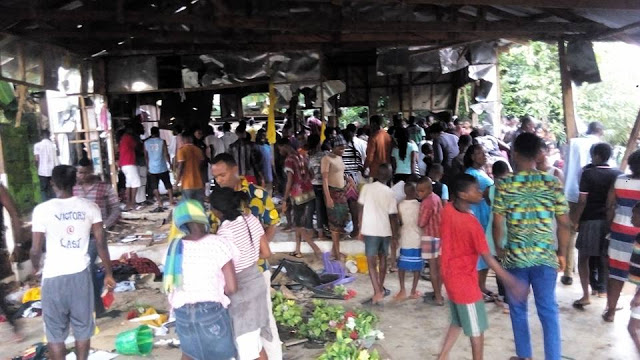 Another eyewitness, Mary Okoro, said on Wednesday, a lady had lamented that her child was missing, unfortunately some strange movements were noticed in the church at about 3am on Thursday.

“It was that strange movement that gave the clue that something was not adding up in the church. At that point, some persons went to report the matter to the police that they suspected foul play around the church. That was how the grave was discovered,” she said. 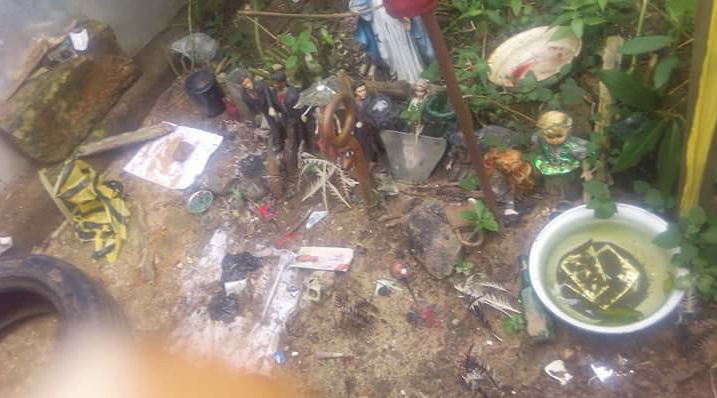 Although Okoro could not confirm the number of dead bodies exhumed from the shallow grave, she said the angry mob decided to burn down the church after they discovered that the pastor’s activities were fetish.

See more photos of items discovered from the church 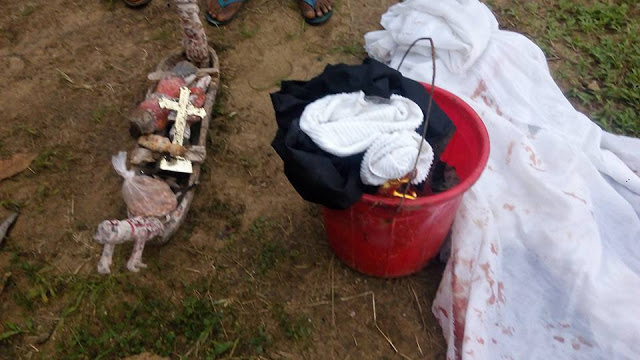 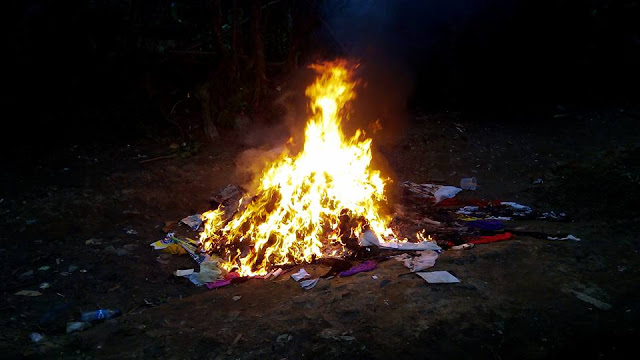