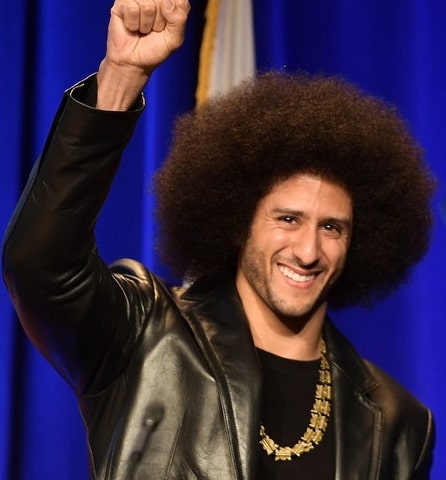 According to TMZ, one of the largest police organizations in the nation has issued an open letter and an official attack on Colin Kaepernick’s Nike campaign.

The National Association of Police Organizations has sent out a letter to Nike chairman and CEO Mark Parker, where they called for a boycott of all Nike products.

“In featuring Mr. Kaepernick in the ‘Just Do It’ campaign, Nike grossly insults the men and women who really do make sacrifices for the sake of our nation,” the letter obtained by TMZ Sports reads. “We are calling on all our member officers, their families and friends to join in boycotting all Nike products.”

Kaepernick’s “Just Do It” campaign has been met with an onslaught of support and criticism after releasing the ad on Monday that reads,

“Believe in something. Even if it means sacrificing everything.”

TMZ Sports obtained a statement from the National Association of Police Organizations — an interest group that represents more than 241,000 officers — and it further expressed their upset with the campaign.

“Oh, Nike! You are soooo brave!!” the statement says. “Holding up Colin Kaepernick as an example of someone who has ‘sacrificed everything’. Right!”

“Come on over to Arlington National Cemetery, or to the National Law Enforcement Officers Memorial in Washington, D.C. or to the trauma unit of a military hospital if you want to learn the meaning of ‘sacrifice’ and why our flag means something to so many.”

Despite the fierce backlash that has many NFL supporters trashing their Nike products, many others have expressed their public support for Kaepernick.

Continue Reading
You may also like...
Related Topics:Boycott, nike, products