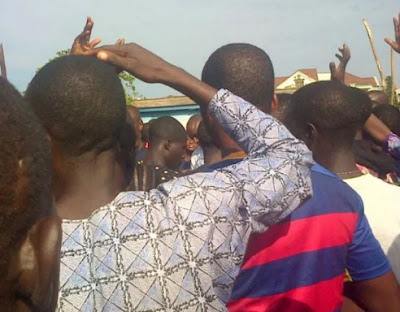 The police inspector who reportedly opened fire on an innocent Okada man in Ore Ondo state on Sunday has been arrested.

The suspect identified as 47-year-old Anthony Nwadike a father of three was arrested yesterday for killing a motorcyclist around 6pm along Odigbo Omifon road in Ore area of Ondo state.

The corrupt Inspector reportedly ordered his patrol team to collect bribe from motorists and motorcyclists plying the road.

According to eyewitnesses, when he saw his men arguing with an Okada man who stood his ground and refused to pay the requested N50 bribe, he came down from the patrol car and after an altercation, he opened fire on the Okada man while driving away from the nipping point.

His criminal prosecution is expected to take place on Thursday.