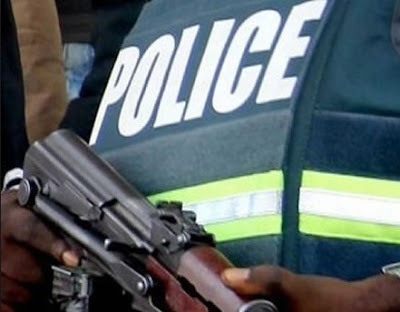 A frustrated inspector of police took his own life today immediately after killing his senior colleague in Ondo state.

The policeman identified as Aro Abraham reportedly engaged one of his senior colleagues in a war of words over promotion.

According to eyewitnesses at Police Divisional Headquarter in Kajola area of Odigbo in Ondo state, Inspector Aro as he is fondly called caused everyone to scamper to safety when he suddenly shot his colleague identified as Timothy on the head.

He then rushed to a well inside the station and jumped into it.

The corpse of the deceased officer had been taken to Ore General Hospital.

Ondo State Police Area Commander led a team of officers to the scene of the incident few hours ago.

The lifeless body of Aro had been removed from the station’s well.