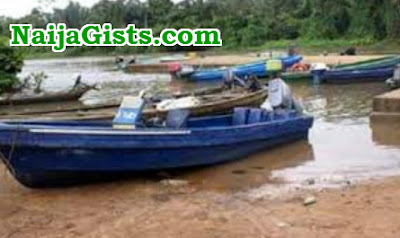 January 26, 2018 – Over 40 Fulani Herdsmen From Kogi Sent Back On Arriving Asaba Delta State On 3 Flying Boats With Their Cattle

Police Intercept Fulani Herdsmen With Cows On Flying Boats In Asaba, Send Them Back To Kogi State Via River Niger

The Delta State Police Command has intercepted some herders from Kogi state in Asaba Delta state.

The spokesperson for the command, Aniamaka Andrew in a statement released yesterday in Asaba said the herdsmen intercepted around 3pm on Saturday the 21st of January 2018 on the River Niger bank claimed they came from Kogi state to settle in Asaba. 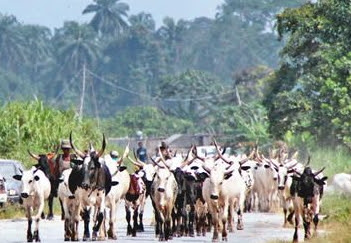 They were immediately sent back to their state to avoid further conflict.

Meanwhile, Aniamaka said none of the herdsmen were found with firearms as he debunked the viral report on the social media.

A peace-loving Fulani herder who has been living in Asaba for decades, Alhaji Katti was however warned not to harbour any unidentified migrant herdsmen.

A social media source said the herdsmen arrived in heavy duty flying boats around 7am.