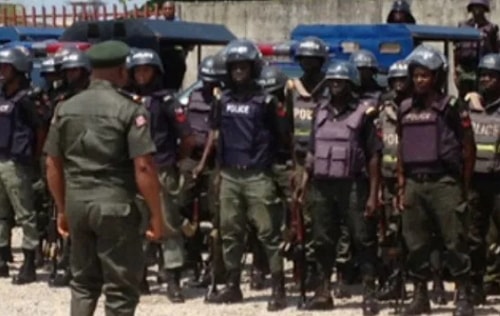 A policeman who was among the security operatives injured in a clash with motorcyclists in Abakaliki last week has died from the injuries he sustained during the bloody clash.

Ebonyi state Governor David Umahi  confirmed the death of the Police officer whose name could not be ascertained at press time.

A motorcyclist, Mr. Ofim Ejike was shot along the popular Waterworks road in Abakaliki last week Wednesday by a trigger happy police Sergeant, Onyebuchi Nweke attached to the Anti-kidnapping squad of the command.

The policeman has since been tried in his Department, Anti-Kidnapping, AK, and summarily dismissed from the force.

The Police also said they will also arraign him in court for murder at the end of their investigations.

Motorcyclists in the city had staged a protest the next day following the killing of Mr Ofim, which later degenerated into a clash with the Police, despite the arrest and dismissal of the officer by the Police.

During the clash, some police officers sustained various degrees of injuries and were rushed to the hospital.

Speaking during an enlarged State Security Council meeting in Abakakaliki on Monday, Mr Umahi regretted the death of the Police officer.

He said about 7 Police officers sustained various degrees of injuries when the protesters pelted them with stones.

“One of them sustained a serious injury on his head and was rushed to Enugu where he was operated upon but unfortunately he died”, Umahi said.

He commended the Police in the state for handling the matter in a professional manner even as he promised to assist in the burial of the late Police officer.

Continue Reading
You may also like...
Related Topics:dies, ebonyi, policeman