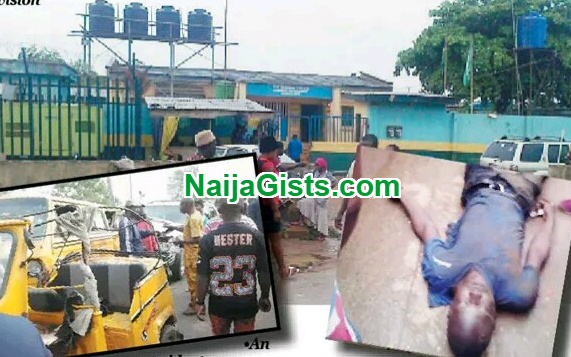 A trigger happy policeman has been arrested for allegedly killing a bus driver in the Orile Iganmu area of Lagos State.

The suspect identified as Isaac, attached to the Special Protection Unit was put in handcuffs around 7pm on Sunday after he opened fire on a bus driver identified as Fatai Ajani while escorting a Toyota Land Cruiser with number plate PF 742 SPY to the area.

It was learnt that Sergeant Isaac reportedly ordered everyone to vacate the area during which he allegedly started shooting into the air.

A commercial bus driver who was heading to a nearby bus stop was hit in the process and died.

The matter was reported at the Orile Police division.

Sergeant Isaac and the driver of the Toyota Land Cruiser were subsequently arrested.