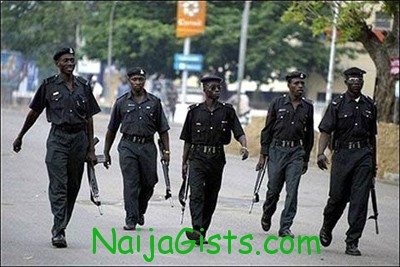 A similar case happened in Rivers State, where a police corporal shot an inspector over an undisclosed issue at Trans Amadi area of the state capital, Port Harcourt.

Below is what the CP of Adamawa State disclosed to NAN,

Shinaba said he lifted his rifle and opened fire on his colleagues at the Lala Police Station, killing Inspector Benjamin Tizhe, who was the Charge Room Officer at the police station.
The CP said Ishaku also shot Cpl. Chokica Inchi, who was receiving treatment at a hospital, before shooting himself four times and later died in the hospital.

“We don’t know what really prompted him to take such an action, but since one of those shot is still alive, we hope when he recovers he will assist us in the investigation,” he said.

Continue Reading
You may also like...
Related Topics:colleagues, nigeria, Policemen