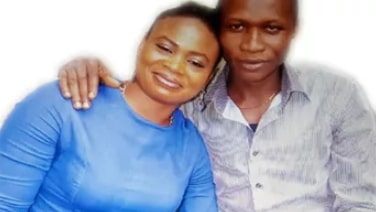 A newly married couple, Mr. and Mrs. Owonoko were on Saturday, January 12, 2019 killed by some gunmen in what residents claim was probably a case of mistaken identity.

According to witnesses the gunmen gained entry into the couple’s apartment in the night at their apartment located at 10, Fakambi Street in the Egbeda area of Lagos, Southwest Nigeria.

The couple who just moved into the apartment few months before they met their untimely death were mistaken for the former occupants of the apartment.

Speaking to our reporter, witness say they heard the gunmen inquiring the whereabouts of the former occupants of the house, who they didn’t know have moved out, before killing the couple.

One of the security guard at the estate who gave his name as Bright said he believes the dreaded gang were hired political thugs who were after the life of the previous occupant of the flat.

He believes the same gang had attacked twice before they killed the Owonoko’s while trying to hunt one Mr Azeez Akinrinola a youth Leader in Egbeda and a staunch member of the ruling All Progressive Congress, APC.

As at the time of filing this report, members of the APC youth wing, and key members of the NURTW have been on the run for their lives for fear of reprisal attack.