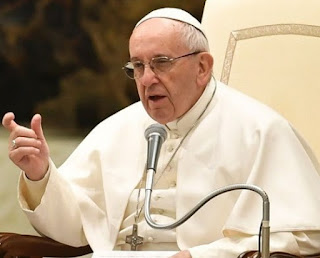 Roman Catholic Pope Francis has urged Christians worldwide to adopt a more better translation of a line in The Lord’s Prayer.

In a Television interview last night, the Pope said the phrase “Lead us not into temptation” is a bad translation and that it should be “do not let us fall into temptation”.

Francis said the Catholic Church in France has adopted his suggested translation, he urged Christians worldwide to adopt his new translation.

Our Lord’s prayer was translated from Aramaic, the language spoken by Jesus into English.