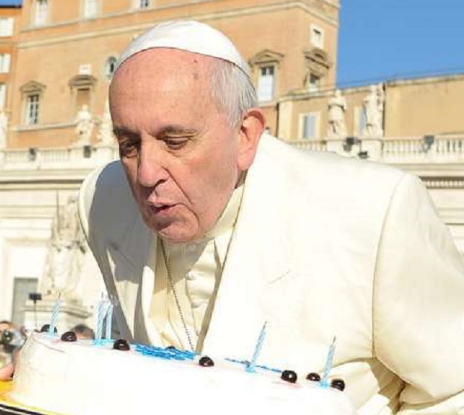 Pope Francis turns 80 on Saturday for the occasion; the Vatican has opened seven email accounts that can receive birthday messages in Latin, Italian, Spanish, Portuguese, English, French, German and Polish.

“But let me tell you something that will make you laugh: In my country early birthday wishes bring bad luck,’’ the pontiff said during his weekly audience.

Meeting the faithful in the Vatican’s Paul VI’s hall, Francis was presented with a cake from a woman.