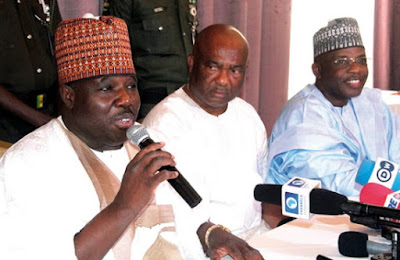 In a bid to take over power as the Chairman of the opposition party, Ali Modu Sheriff has dragged his party to court.

In a lawsuit filed at a Federal High Court in Abuja, Modu Sheriff is seeking to suspend the upcoming PDP National Convention and take over as the National Chairman of the party.

The court has suspended the convention scheduled to hold in Port Harcourt on the 17th of August 2016 pending the determination of the suit.

Continue Reading
You may also like...
Related Topics:convention, pdp, suspend