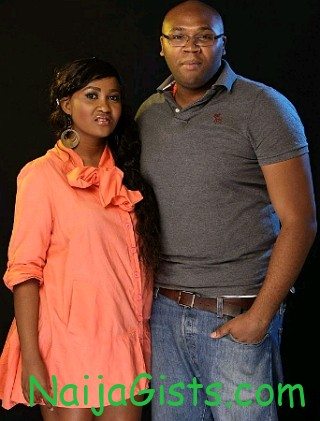 Beautiful Nigerian actress Mary Remmy who got married to her long-time lover, Jason Njoku in August of last year has received a Range Rover Evoque as an anniversary gift from her husband. naijagists.com

On the 18th of August 2012, the lovers who met in January of 2011 officially tied the knot in a glamorous wedding that took place at the Golden Tulip Hotel in Festac town, Lagos.

Jason Njoku, the owner of Iroko TV made this surprise known to his wife via his Facebook page and it states: 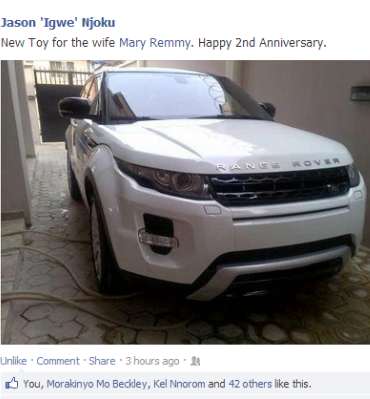 According to sources, the pregnant actress is currently in her 2nd trimester.

Mary is a lucky woman! Congrats to her.