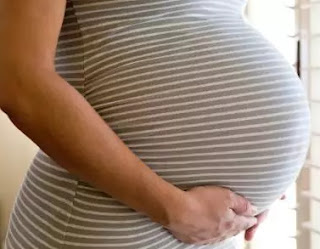 Though this happened few months ago, the warning message in this story is capable of saving lives of unborn babies all around the world.

Here is an exclusively story reported by SimpleMost.com on how Heller Ayla saved her baby’s life.

A new mother is urging others to err on the side of caution if they think something is not quite right. She has shared her story on Facebook, and the post has since gone viral, having been shared nearly 20,000 times.

Ayla Heller was 38 weeks pregnant with her first child when she noticed that her baby wasn’t kicking as much. Heller assumed everything was fine and went to work. As the day wore on, however, she began to worry.

Around 7 p.m., her boyfriend and the baby’s father, Dalton Henderson, put his hand on Heller’s stomach and asked if the baby had been kicking. The couple decided to listen for a heartbeat in the womb using a fetal Doppler monitor and were relieved to hear a steady beat. 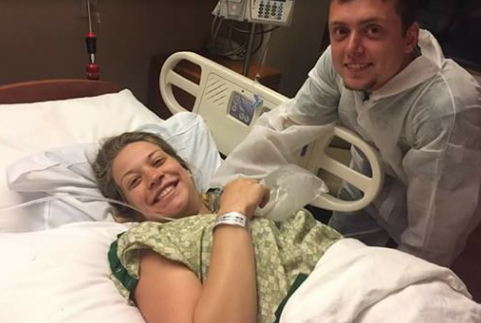 Still, Heller was concerned. She consulted the internet, which only led her to be more confused about what to do.

“Half of everything I read said go in [to a doctor] immediately, and the other half said that babies run out of room to kick,” she told TODAY.

Heller then turned to her mom, who urged her to call her midwife who, in turn, told her to go straight to the labor center. After examining the baby on the fetal monitor, Heller’s midwife informed her that she would need to have the baby by emergency Caesarian section as soon as possible. The doctors believed the baby had a high chance of having life-threatening complications, so Heller was rushed to the operating room.

When Heller’s baby girl, Maddy, was born, she needed oxygen. Heller later learned that her placenta had aged prematurely and calcified, which was responsible for the baby’s lack of movement in the womb. The placenta was no longer delivering adequate oxygen and nutrients to the fetus, so the baby was trying to conserve her energy.

While Heller was reassured that doctors don’t quite know why this happens and that there was nothing she could have done to prevent it, they also informed her that if she had not gone into the labor center when she did that Maddy most likely would not have made it.

Now Heller is using her near-tragedy to warn other women to trust their instincts when it comes to their health during pregnancy.

“IF YOU HAVE DOUBTS, GO IN. GO IN. GO IN. GO IN!!! Always be safe rather than sorry,” she wrote on Facebook. “Because I almost didn’t. I almost waited till morning to see if anything changed. And had I done that, I wouldn’t have my love. I’ve heard so many stories of stillbirths because signs may not have been taken as seriously as they should’ve been.” 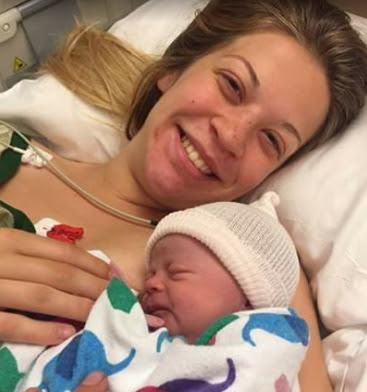 Glad the story ended on a happy note.

Continue Reading
You may also like...
Related Topics:calcified, placenta, woman