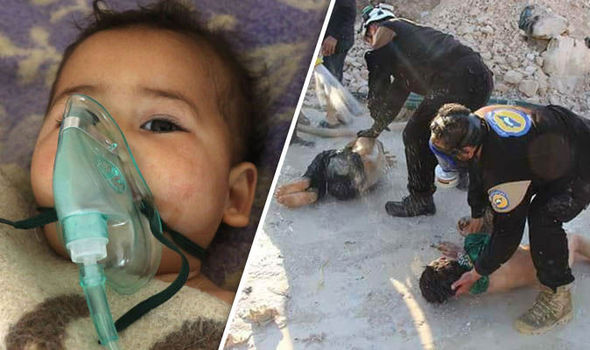 The White House said it is “confident” Bashar al-Assad’s government was behind an apparent chemical attack that killed at least 58 people in north-west Syria.

The Syrian Observatory for Human Rights reported that strikes on Khan Sheikhoun by Syrian government or Russian jets had caused many people to choke.

Syria’s army denied the government had used any such weapons.

White House spokesman, Sean Spicer, condemned what he called “these heinous actions by the Bashar al-Assad regime,” and said it was in the best interests of the Syrian people for President Assad to leave.

He was joined in his condemnation by the United Kingdom, United Nations and France, among others.

If confirmed, it would be one of the deadliest chemical attacks in Syria’s civil war.

The warplanes are reported to have attacked rebel-held Khan Sheikhoun, about 50km (30 miles) south of the city of Idlib, early on Tuesday, when many people were asleep.

Continue Reading
You may also like...
Related Topics:gas attack, syria