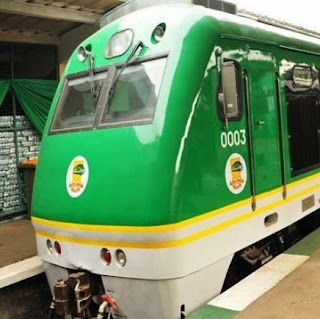 The construction of a $6.7 billion Ibadan to Kaduna rail line was among some of the projects reported to have been approved by President Buhari’s Federal Executive Council meeting that took place this week. Minister Rotimi Amaechi announced that the project is expected to last 3 years.

Now this piece of news may appear like some positive news until one realized that, going by the antecedent of this government, this may just end up being what it is: another piece of news.

One would wonder why it took 33 months for this government to make this approval, and what has happened to the famed Lagos to Kano line and countless other projects across the country like it, that have all been trending for quite sometimes now, and have all fallen to ill attention.

Can’t I be excused therefore if I say this government is just chasing shadows and pursuing propaganda, a thing which many say it is very good at?

I will explain why I believe this is the case shortly, but not before sharing my opinion on the kind of projects that I think are important to this president, this government, than Nigeria’s development.

I made the point last week that if this government and indeed the APC were really serious about developing this great giant with feet of clay; they know exactly what to do from the onset. But alas, it appears their intentions are of a different kind.

Although I supported president Buhari in 2015 -a thing I deeply regret today- his actions since has proven beyond doubt that just as a ‘rightist’ cannot learn the use of his left hand at old age, a leopard does not change its spots.

It is on record that in 1984, as then Head of State, president Buhari promoted his Daura tribe to the most powerful force in Doddan Barracks, Lagos, which was then the seat of power.

To the utter disappointment of those who argued that the man has indeed changed, all the evidence today suggests that, far from a genuine interest in development, the real intention is to promote and entrench the power of a certain group.  Some have even argued that tribe and religion has once again taken over.

Far from Minister Amaechi’s announcement, recently our president made what many believe was a real announcement when he said that “Negotiations are also advanced for the construction of a rail line…, firstly from Kano to Maradi in Niger Republic passing through Kazaure, Daura, Katsina, Jibia to Maradi…”

For those who may gloss over this information, how many realize that Maradi is the third largest city in Niger Republic with a predominantly Fulani population?

A close friend from the north once told me of how, with just less than a thousand naira, one could literarily evaporate in Daura, Nigeria and recondense in Niger Republic.

In fact, Daura Emirate stretches deep into Maradi and Zinder, both of them populated with the Fulani, a people that many have argued are a tiny percentage in the Nigerian population demographics.

During the 2015 general elections, there were reports of thousands of people crossing from Niger Republic, many of whom were under-aged voters as was recently reported in Kano elections, through our extremely porous borders to vote in our elections in favour of a particular candidate, without questioning from INEC officials.

As if to buttress this fact, recall how president Buhari, upon achieving his lifelong ambition, was received like a triumphant son of the land who just returned from a war,  when he visited Niger Republic, as his very first foreign trip after he was sworn in.

How many of us know that in 2016, the president of Niger Republic emblazoned Buhari’s photograph beside his own on campaign vehicles during his campaign?

Any wonder then why some have argued that the planned railway network is a selfish project that has nothing to do with the interest of Nigerians?

What is so urgent about a rail line from Nigeria to Niger when as we speak, our education system is in shambles? We need not look far than the dilapidated infrastructure in our universities and the fall in standard of our morals and educational values in our pupils to know see this.

I am almost in my mid-thirties, and as I write, I have hardly witnessed a day without power cut in this country since I was born. And there are many more who go for months without it at a time where South Africa which is four times less than our population is generating four times the megawatts  that we generate.

There are no roads, no security, God forbid that one was caught in an emergency situation and then one will learn the bitter truth of this fact. Many times, we have seen how, in road accidents, our Road Safety official piled human bodies in rickety wagons like meat sellers coming from their abattoirs.

As we speak, Nigeria does not have a standard airport, when the country actually deserves at least two airports of international standard, one in the north and the other in the south, both serving the entire West African sub region. Only one trip to a decent country, even South Africa, is enough to show us how much of a junk all our airports are.

If the president is so interested in connecting Nigeria to another country, what stops him from initiating the process of building world class roads, connecting Nigeria, all the way from southern Nigeria, through coastal cities like Calabar and so on, through Lagos to economically viable places like Port Novo, Lome to Abidjan?

We are not saying Buhari should wave a magic wand and change the rots that have plagued this nation overnight, No. The point is that he should have started the process of healing, of accountability, of a massive investment in infrastructure, and opening up of the economy of this great country.

But what did we get instead from this president who swore an oath to uphold the constitution of Nigeria and look out for the best interest of her people at all times?

In the face of the satanic killings that is going on all over the country,  biting hardship,  an economy in downward spiral, the suffering of the people emanating from increase in virtually every commodity in the market, and recent negative ratings coming from reputable international bodies like Transparency International etc, our president has displayed his belief in acute tribal and religious politics.

Where does the APC hope to get the funds to execute the rail project to Maradi if not from borrowing or from an impoverished southern region whose people continue to be marginalized as we speak?

For all those still defending the APC and those still committing the sin of silence in the face of all this anomaly in Nigeria, for whatever reason,  especially the misguided youths still singing their praise, I hope you all choke on the pricking of your conscience.

Nobody, no matter how highly placed, should be allowed to take what belongs to all of us for himself and his kinsmen alone?

I was moved when I saw this same president cry in front of the cameras and promised he would not contest elections again if he failed the 2011 election, and was even more touched when he told a pressman that at over 70, he had less years to spend in Nigeria compared to the young man, in case Nigeria was not fixed. That was when I said to myself, this had to be the man. So what is the point of the tears? Clannishness, tribalism and Religious bigotry?

I won’t be fooled a second time…

Buhari And El Rufai: The 2 Greatest Enemies Of Restructuring Of Nigeria
Bitter Truth: We Have Lost Nigeria To Jihadists Disguising As Fulani Herdsmen