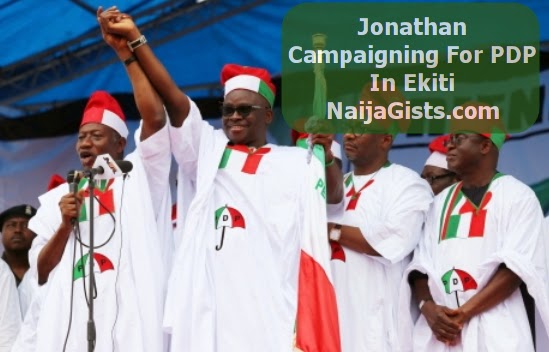 Government of Nigeria Has No Intention To #BringBackOurGirls

As the abducted Chibok girls lament in Boko Haram detention,the President of the Federal Republic of Nigeria, Goodluck Ebele Jonathan is busy campaigning for reelection across the country.

The day of the abduction of 234 girls from a school in Borno State, the president of Nigeria continued on a campaign rally in Kano State, in which he was notoriously photographed dancing ecstatically to a twerking backside. At this time, his serenely placid actions in the face of the two worst terrorist acts on Earth to register for 2014 – a bus stop bombing at Nyanya motor park in the nation’s capital which claimed over 72 lives and maimed many others; and the Chibok school abduction happening hours after on the night of April 14th – were defended as mere happenstance, inexperience and definitely not deliberate complicity. 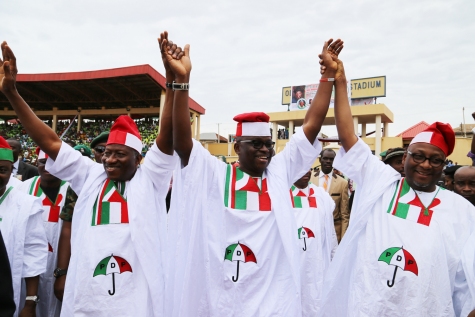 But the Nigerian government did not stop here in the deadly betrayal of the abducted citizens and denial of the severity of this event with deliberate complicity and perhaps, more accurately put, reckless endangerment and treasonable treachery towards citizens of the nation. The week of the abduction, as the public outcry began to persist; the government security department announced that all but eight of the girls had been freed by the security forces. The implication of this attempted colossal act of national sabotage and conspiracy to defraud the entire world and aid the terrorists in getting away with the abducted girls cannot be over stated. The parents kicked back and so did the school authorities and local government. They immediately went to the press to declare, exasperatedly that the government was lying and that even more girls than was being revealed were missing. The parents at this time further made it known that they had dared to go after the terrorists along vigilante’s of the Civilian-JTF, tracing the terrorists deep into Sambisa forest where they saw their camps, but had to turn back as the nation’s military refused to accompany them in pursuit of the terrorists and to free the abducted girls. 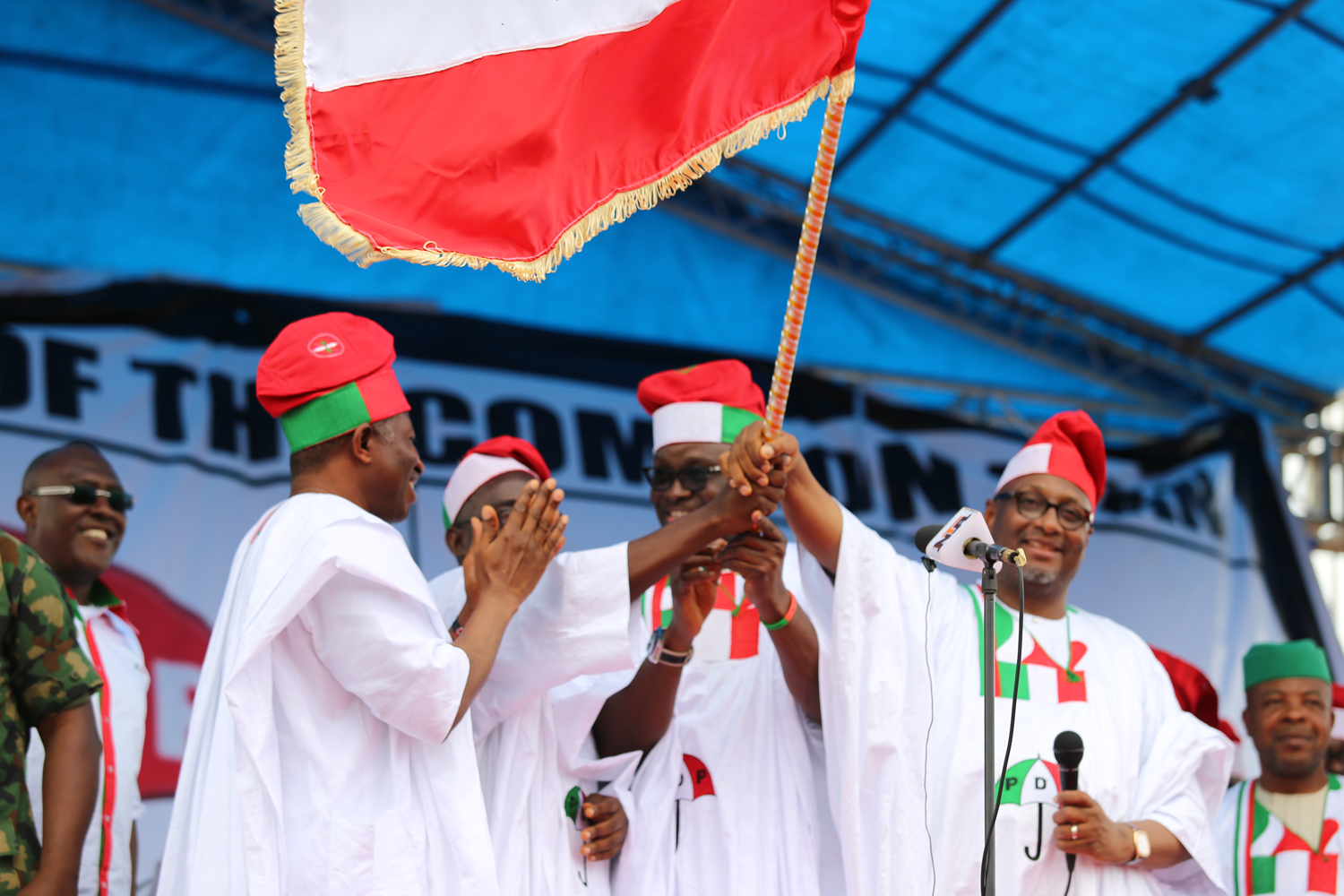 With continued attempts, including rather embarrassing ones by the first family, to suppress and obstruct the efforts to rescue the abducted girls, protests and public outcry went global. The #BringBackOurGirls campaign hit US celebrity street and world players committed to help. Introducing this new phase in the abduction saga, the French government whose interests in Africa have never been hidden by mid May, staged a ‘security summit’ in Paris. While the summit was in session, a Boko Haram sympathizer and chief negotiator, Ahmed Saldika had been invited to Nigeria from the UAE where he resides on self-exile, to negotiate the release of the 234 girls. Saldika went into Sambisa forest as is evident by the video of the girls he brought out. According to Saldika, he was able to achieve what he was sent to do. He negotiated a prisoner swap-deal that would have brought about the freedom of the 234 girls a month after their abduction. In the deal Boko Haram had submitted, non combatant group sympathizers, which included detained terrorist wives and children, would be swapped for the abducted girls. Though any deals involving prisoner releases are distasteful – as can be seen with the US Bergdahl swap—the parents of the abducted girls who have started dying of the stress, and Nigerians as a whole would likely have approved of this swap of family and sympathizers with no blood or rape on their hands for the innocent girls. Surprisingly, according to the reports of this deal, for whatever reason and under whatever advice he was receiving in France at the time, the president of Nigeria called in from Paris and botched the deal at its final minutes. Why did president Jonathan not agree to this best possible negotiation deal that would have facilitated the release of the 234 girls weeks ago? The government is yet to put forward an official explanation of the reasons the president turned down this deal while in Paris and extended the period of rape and tribulation for the 234 girls and the nation as a whole.

With the best scenario for negotiation dismissed, the options left of course were and are only the military option. It’s either negotiation, military or prayer. Nigerians do realize that the US experts are in the country for their interests. Arewa24, a new TV station to broadcast US propaganda in Nigeria’s north which has been submitted as a tactic to #BringBackOurGirls is one such example of the US mission in Nigeria. There will be no ‘raid on Entebe ’or ‘Abu Anas al-Libi James bond springing’ here. This is more of an AFRICOM welcoming event.

Stunningly, the Nigerian military said in late May that they know and have for a while known where the 234 girls are but are not going to get them. Chief of defense, Air Marshal Alex Badeh, aka, Fat Alex confessed to this publicly to the dismay and frank anger of the Jonathan government. One of three girls who escaped the abductors lair recently described how they were raped by 15 men 15 times a day. To be frank and candid, these girls are only slightly better than dead every extra day they spend in the terror camps. Any sort of daring and risky military raid on the camps would be better than more minutes in the face of the worst violation known to man occurring in those jungles. So the question to ask is – why does the Nigerian government not plan to secure the freedom of the abducted girls? What do Nigerian players and foreign players who may uncannily be interested in prolonging this saga; stand to gain from the continued abandonment of our girls in the hands of the terrorists in camps our military knows?

Four days shy of two full months after the 200 girl abduction, one must agree that only punishment befitting for those who botch the best possible negotiations and decline to send the military to free our daughters from hell on earth, is to be locked in cages with Boko Haram terrorists to violate them as they have supported the violation of our most innocent ones and Nigeria at large.