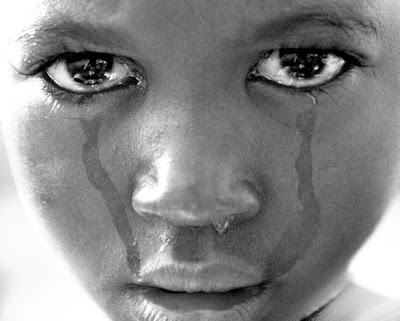 Nov 25, 2013 – Primary School Student Hangs Herself On Tree In Ebonyi “She Was Killed” – Family Members

Miss Chisom Okechukwu, a 12-year-old primary school student has killed herself in a her family house in Ebonyi State, Nigeria.

Oke was found hanged to a tree in her family compound in Nnoche Uduke community in Okpoitumo, Ikwo LGA of the state.

According to NAN, the police have, however, launched investigation into the circumstances surrounding her death following doubts by some members of the community who suspected that she was killed and hanged on a tree.

Okechukwu, a primary five pupil at Nnoche-Uduke Primary School, was said to have left home on Saturday and was not seen until Sunday morning when she was found hanging on a tree at the back of her compound.

Her dangling body was discovered by her younger sister, Ndidi, who was going to the toilet dug at the back of the compound.

A wtness, who spoke on condition of anonymity, disclosed that Ndidi raised an alarm which attracted their parents and other members of the community who came and brought the girl down.

“The whole scenario brought tension and confusion in the community as people were seen in clusters discussing the death.

“People, especially some members of Okechukwu’s family are of the opinion that she did not commit suicide and insisted on a thorough investigation to unravel the true cause of her death,” said the witness.

He claimed that a neighbour to the Okechukwu family had reported to the girl’s parents that she stole her egg which made them to beat her.

“After the incident, Okechukwu went inside their house, changed into her new cloth and left the house only to be seen dangling lifeless on a tree on Sunday,” he said.

“Mr. Okechukwu is not the girl’s biological father as her mother came in with her when she re-married Mr. Okechukwu after her former husband’s death.

“Her former husband’s family members are now insisting that Mr. Okechukwu should provide their daughter alive and this has compounded the problem,” he said.

Hundreds of sympathisers were seen trooping in and out of the compound, including her school mates who were visibly shocked by her sudden death.

The Ebonyi State Police Command Public Relations Officer, ASP Chris Anyanwu, confirmed the incident, saying that the matter was reported to the Police Division in Ikwo.

“We have commenced investigation into the girl’s death to ascertain why she should engage in such act.

“We assure her family, members of the community and the whole state that we would get to the root of this matter,” he said.

[Report By New Agency Of Nigeria]