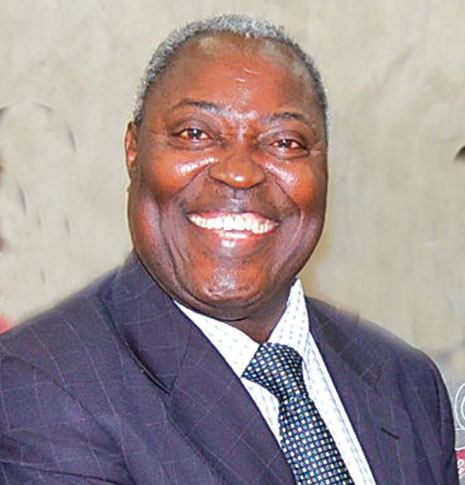 Nov 25, 2013 – Pastor WF Kumuyi Talks Life History & Why He Changed His Name From Ikumuyiwa, Death Has Brought This

The founder and the GO of Deeper Life Bible Church, Dr W.F Kumuyi has spoken on the real meaning of his name for the very first time.

In this recent interview with Elife, Kumuyi narrated why he changed his original name Ikumuyiwa meaning “death brought this” to Kumuyi.

He also talked at length about his Christian Faith and why his church was named Deeper Life.

African names have meanings. What does Kumuyi mean?

How many siblings do you have?
I have two siblings – a sister who is three years younger than I am, and a brother who is far much younger, 18 or 19 years younger than I am. Both of them are in Nigeria . My sister lives in Ondo State . A born-again Christian, she attends Deeper Life. My brother lives in Osun State, and he is also in the Church. Both of them are following the Lord.

You left the Anglican Church for the Apostolic Church. What made you switch?
I was teaching in Mayflower School, my alma mater. I completed my secondary school education in 1961, and started teaching mathematics at Mayflower in 1962. It was there that I was introduced to the Apostolic Faith, not Apostolic Church, and really heard about the change that Christ could make to our lives when we turned from our sins and believed in him and how he died for us on the cross of Calvary. It was there that I had the salvation experience and things really turned up for me.

You became a born-again Christian at the age of 23, on 5th April 1964. Do you still remember what happened?

Yes, a preacher was preaching a simple message, and because I had become almost like a moralist in the sense that I protected my name and personality, when that preacher preached, I saw that it was not just our actions that made us unacceptable to God, even our wrong thoughts and wrong plans or planning our lives as if God didn’t exist, also made us unacceptable. I then realised that I needed God. And when the preacher made an altar call, he pointedly said if “anybody needed Christ to fill the void in their lives, such people should come forward”, I felt drawn to what he was saying. I went forward, knelt down and prayed. In fact, it was such an important day for me that I still remember it to this day, even where I knelt, how it all happened, and the peace and joy that came to my heart, that now I was reconciled with God through Jesus Christ. It was very definite.

Was it in Lagos ?

No, it was in Ijebu-Ode in Ogun State , about one-and-a ­half hours drive from Lagos.

Why did you call it Deeper Life?

Actually it came from the people. When they received the articles, they came to the Bible studies and said: “We’ve been Christians before, but this one is deeper than what we used to know.” So they used the name Deeper Life. We also knew that we were leading them to deeper relations with God; that is how those articles became Deeper Christian Life Articles. Then as we continued with the Bible studies, the group became known as the Deeper Christian Life Ministry. And when it became a Church in 1983, we called it the Deeper Life Bible Church.

Are you saying the name, Deeper Life, didn’t come from you?

Well, yes and no. We called the articles we sent out “Deeper Life Articles”. The people themselves were saying those articles were deepening their Christian lives. So the name came from both sides.

Continue Reading
You may also like...
Related Topics:death has brought this, ikumuyiwa, meaning, name, pastor kumuyi