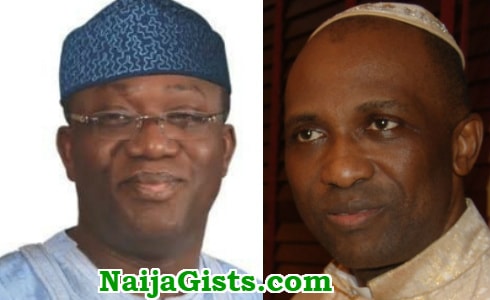 The prophet who revealed this at an event in his church on Saturday warned Fayemi to be careful of what he says against incumbent governor Ayodele Fayose in the period leading to the election.

“On the forthcoming elections in Ekiti and Osun states, PDP will lose Ekiti and Fayemi should take the right step and watch his utterances so if he is desirous of taking over from Fayose. He would lose the election if he fails to listen to instructions. He must beam his electioneering campaign at the grassroots.

“I want to appeal to the Senate President, Bukola Saraki to put a lot of things into consideration and take a bold step to contest the presidency. He will survive despite the fact that he is in the midst of crisis.”

“Buhari has done well in the fight against corruption but has missed a lot of things that needed to be given priority attention. That is why his second term is not certain.

“The president should be more proactive about the security of the nation. There is need for the government to overhaul the nation’s security agencies as a way of dealing with this challenge.”