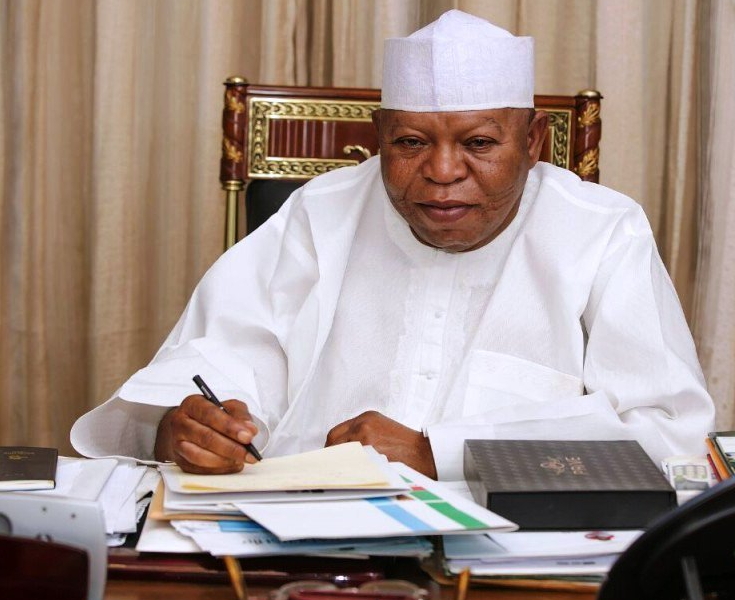 Prince Abubakar Audu, Adoja and the Prince of Niger was a gift to mankind. He came just for Kogi, saw Igala kingdom rose from zero to hero and conquered Nigeria to the admiration of the entire Universe. His selfless service made him not to have a private life of his own, born to serve and this explains when he finally sneezed the entire world developed instant Pneumonia.

What a figure he was?

A charismatic leader with penchant for development and initiative in support of the down troden. To him Kogi State should be the economic power hub of Africa and not a beast of burden suitable for news for wrong reasons and for this laid down his life for total emancipation of the State from the shackle of unending poverty orchestrated by men due to their poor governance.

Through out his existence he believed in equitable distribution of resources and carried everyone along and despite being humiliated, he stay-put in opposition for the past 12years, put his life on the line until APC found its voice in the entire North Central and beyond.

Yes! Prince Abubakar Audu is gone but his philosophy for good governance and politics without bloodshed is worth emulating if Africa must catch-up with the rest of the world. Thus, the need for Adoja Legacy Restoration Group (ALEREG)

Despite all of his achievements which none-kogite can testify, to the greedy politicians in the State this was not enough because of their selfish reasons.
Even when there are accusing fingers pointing to his death in order to boost some individuals chances, all we can say is that Prince died as a martyr and the best way to celebrate him is not to abandon his project which he had built people into but rather a total support of his legacy without rancour.

If anything is to be blamed is Democracy which is game of numbers with majority always having their way and this explains why the Igala the majority in the State call the short.

They voted for Prince Abubakar Audu and now that he is no more and electoral act provides room for substitution, it is logical the Igalas who are now rejecting one of their own Idris Wada the current Governor be allowed a space to do the needful in this selection.

To him leadership goes beyond public trust as you would only be judged of your stewardship here on earth and hereafter. Whist, death is on each and everyone of us and if you think his demise is an opportunity to display your desperation for power, acute lawlessness, wishful thinking amid tension created by this vacuum then you have to think again or be ready to live forever to govern the State.

This is what we describe the height of mischief as Faleke the running mate of late Audu is already heading to court and asking INEC to be declared winner of Kogi inconclusive election. As children of God we strongly believe God giveth and He taketh but with this desperation exhibited by this sharp we are speechless.

Where is the lesson learnt from his demise if we must allowed greed over ride our sense of reasoning?

We expected Faleke to at least show some measure of respect for the death as well display a high level of decency and loyalty to the people of the State.

However it goes we are watching!

Rest on Adoja as we would not disappoint the people of the State even when you are no more.

May Allah forgive your short-coming and grant you Aljanah fidus. Ameen suma’ameen!