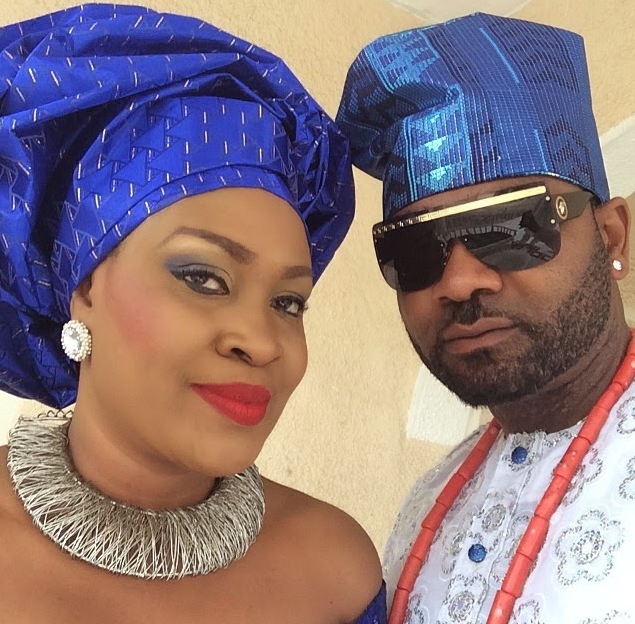 Nollywood actor Prince Eke and his beautiful wife of many years, star singer Muma Gee have shared their love story.

Read what the couple said in an exclusive chat with Sunday Punch’s Jayne Augoye.

Prince: I met her at a parish of the Redeemed Christian Church of God, in Lagos. Prior to our meeting, I had seen countless pictures of her and watched a couple of her music videos.

Did you know he was an actor?

Muma Gee: I did not know and I even mistook him for another actor, Sylvester Madu, because they have similar looks. 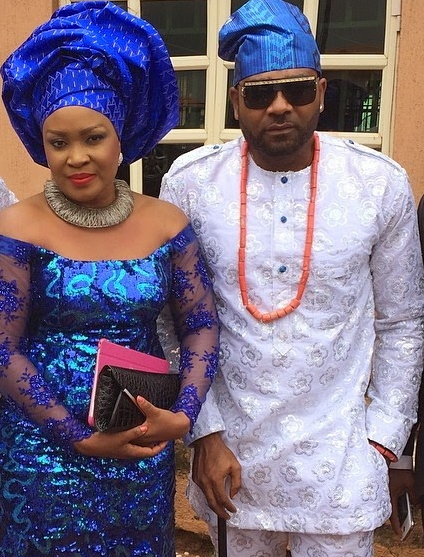 How did you approach her?

Prince: The reception she accorded me was not a warm one and she even laughed at me. It took me about 40 minutes to decide whether to approach her or not.

Prince: I won’t say it was. I saw the woman I am supposed to spend the rest of my life with and I knew she was the one for me.

How did you propose?

Prince: Going down on your knees to propose to a woman is no longer in fashion. I proposed to her in a modern way; I told her I wanted to marry her and she laughed at me again.

Muma Gee: I laughed because he proposed to me the first time we met. It is absurd for a man to tell a woman he is meeting for the first time that he is going to marry her. Shortly afterwards, I realised he meant what he said and I decided to give him an opportunity to prove himself.

Weren’t you scared she might turn down your proposal?

Prince: I wasn’t scared; I don’t believe in losing or being a failure. I always tell people that if God made me in his image and put the breath of life in me, I can’t fail. Failure is success that went off track.

Which of his attributes did you consider attractive?

Muma Gee: I was attracted to his personality and at once, I felt he was good for me.

How long did your courtship last?

Muma Gee: We never dated; we got married straight away.

Why were you prepared to take that risk?

Muma Gee: I had met with several suitors before he came along but my instincts urged me to give him a chance. At some point, I told him if the whole thing was a gimmick to bed me, he was on a wrong mission. Then, he promised we wouldn’t have sex until we were married. That gave me the confidence and conviction to say he was somewhat different from others.

Did you envisage that you would get married to an entertainer?

Prince: I never thought of that and I believe in letting God have his way.

Muma Gee: With marriage, you cannot tell. Growing up, I didn’t want to marry a rich man; I wanted to see my husband get rich so that I can vouch for the source of his wealth.

What qualities do you admire in your spouse?

Prince: Her boldness and when we became intimate friends, I realised she is a faithful and virtuous woman

Muma Gee: He tells me a lot about his daily activities and I think that is commendable.

What would you like to change about your spouse?

Prince: I love her just the way she is.

Muma Gee: Sincerely, I will love him to tell me the exact amount of money he has at a particular time. I know when he has money because he spends it on me but I love the excitement of him telling me how much he just made or has in his account.

Do you have access to each other’s social media accounts and phones?

Prince: Yes, we do but I don’t pry into her personal life.

Muma Gee: Sometimes I forget his password because I don’t pay much attention to it. The few times I scroll through his phone, I see a lot of distasteful messages that ladies send to him.

How do you react on such occasions?

Muma Gee: I don’t laugh about it because it’s a situation that should not be handled with kid gloves. Thankfully, he has devised a mature way of responding to messages of that nature.

How do you combine your career and your marital life?

Prince: When I am on set, I am an actor but when I am at home it is different because then, I am a husband and father.

Muma Gee: It hasn’t been easy combining my career as an entertainer with being a wife and mother. The truth is that marriage has had a profound effect on my career and it can put an end to anyone’s career. Thank God for my mother and the ability to make careful choices.

Do you help out with household chores?

Prince: Whenever my schedule permits, I make certain I assist my wife in taking care of the home and children.

Muma Gee: Yes, we do even though we still have our individual accounts. It was my idea that we have a joint account.

Who apologises first after a disagreement?

Prince: I apologise when I am wrong because a simple sorry douses tension.

How do you manage scandals?

Prince: No artiste in the world is free from scandals; people will say and write all sorts about you whether good or bad. As a celebrity, I ensure I am at my best behaviour at all times.

How do you handle female fans?

Prince: I handle fans the way they are supposed to be handled; I appreciate them and I know where to draw the line.

Are you bothered about the female attention he receives?

Muma Gee: How about me getting attention from men? I don’t pay attention to fans around him because I also have a large fan base, I know what fans are capable of doing and the extent they can go.

What guarantees a successful union?

Prince: You must understand your spouse; support his excesses and weaknesses while encouraging his strengths.

Muma Gee: When you respect each other in a marriage, it is a lot easier because you know your limitations and excesses whilst also bearing in mind that every marriage has its peculiarities.

You are both celebrities; do you experience a clash of ego in the home?

Muma Gee: At home, we lead simple lives where there are no airs and graces. When we have to work on a project together, we keep it very professional.

Prince: We are first of all individuals before celebrities in all our dealings.

How do you unwind as a family?

Prince: I spend time with my wife and children; I don’t neglect one for the other.

Are you comfortable with the romantic roles he plays?

Muma Gee: I am also a trained theatre artiste and sometimes while shooting a music video, all I have on may be a bra and pant while being made up by a male make-up artiste in the presence of my husband. It is not the romantic movies they act that matters but what happens afterwards. Any woman fighting her husband because of the romantic roles he plays is a joker.