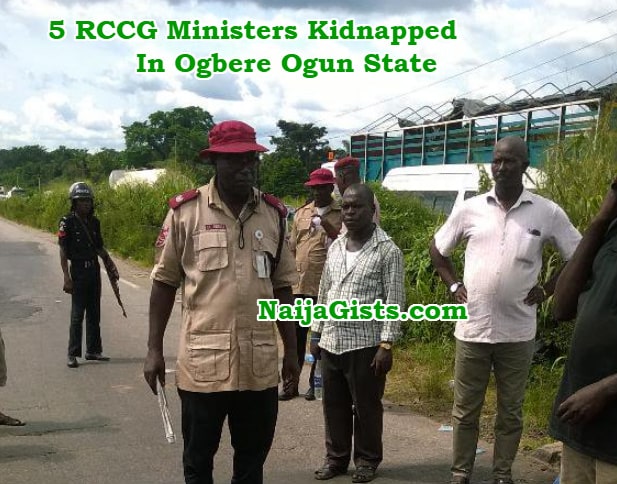 The identities of the RCCG Ministers kidnapped on their way to ministers meeting on Thursday night have been released.

The 5 passengers of Abia Line Transport Company were kidnapped at J3/J4 Area, Ogbere, on the Benin-Ijebu-Ode-Sagamu Expressway.

Earlier on Friday, the General Overseer of the Redeemed Christian Church of God, Pastor Enoch Adeboye, had disclosed that five ministers of the church, on their way to the ministers’ conference were kidnapped on Thursday night.

Adeboye, who said this while speaking at the Church Ministers’ Conference holding at the Redemption Camp in Ogun State, appealed to the congregation to pray for the release of the captives.

He had said: “As a father, how do you think I should feel to hear that five of my children have been kidnapped while on their way to attend the Ministers Conference?”

Oyeyemi, however, said the Command could not ascertain whether or not the captives were pastors of RCCG.