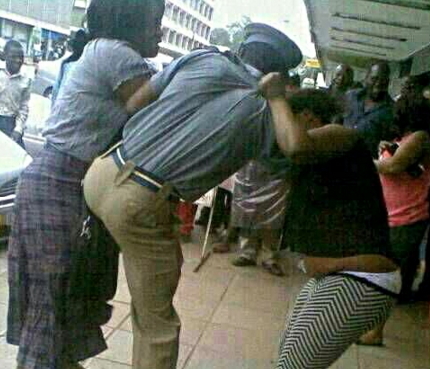 March 2nd, 2016 – Prostitute Arrested For Biting Colleague During Fight Over A Client At Hotel In Ijora Lagos

A very popular prostitute in Ijora area of Lagos has been arrested for attacking her colleague.

30-year-old Blessing Ani was charged today for biting and injuring one Doris Robert.

The incident happened in a hotel located railway in Ijora area of Lagos State where they are plying their trade. We gathered that Doris’ lip fell off and when she was taken to a hospital, doctors said it could not be stitched back again.
Trouble started when Blessing met Doris with her client and confronted her.
Blessing insisted that Doris should have called her to inform her that her client was around rather than staying with him.

Blessing went further to accuse Doris of snatching her client.

In response, Doris told her that there was no permanent client in their sex business.
That led to exchange of words and fighting ensued during which Blessing bit off Robert’s lip

She has been charged to court, her case will come up for hearing on March 3rd 2016.