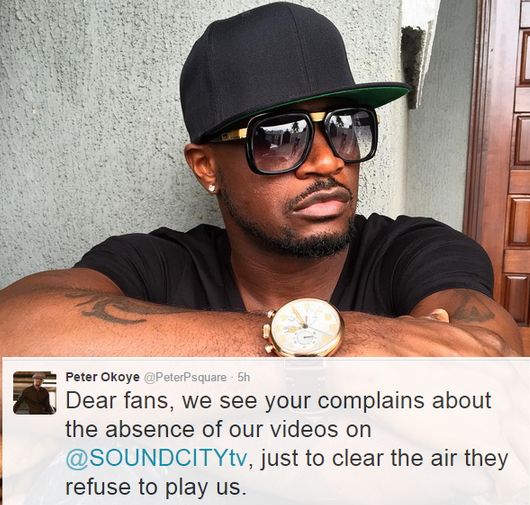 Sept 10, 2015 – PSquare To Fans: SoundCity TV Not Playing Our Videos, Watch Other Great Channels Like.

Psquare duo Peter and Paul Okoye have warned their fans to stop watching Sound City for refusing to play their videos.

Peter Okoye told fans that the entertainment company has refused to air their videos for unknown reasons.

Whenever an artist who collaborated with them is being aired, the PSquare part is often censored.

Worried fans took to the social media to ask Peter Okoye who later warned them to stop watching Sound City and instead watch other reliable music stations like MTV, Hip,etc. 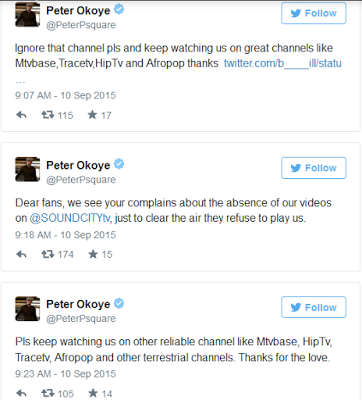 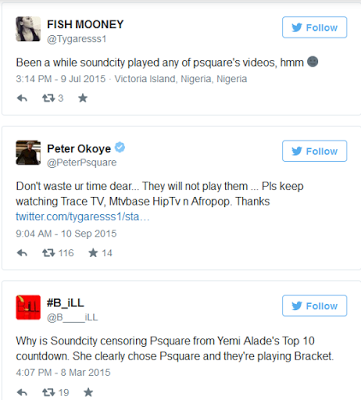 Continue Reading
You may also like...
Related Topics:psquare, sound city