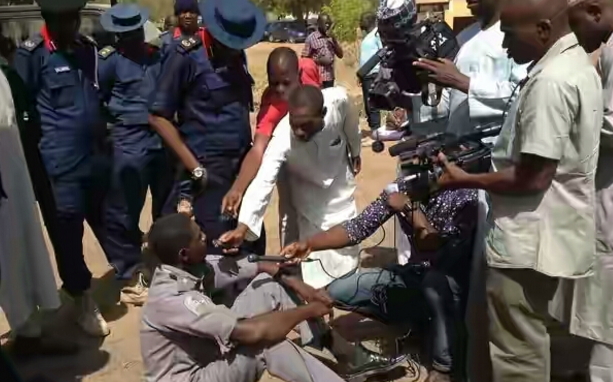 This is to alert the public that some Nigeria Customs Officials along Shagamu/Benin Express Way, Itele, Ogun State have handed over their official appointment to hoodlums in the area.

The real officials are often spotted sitting under the tree, drinking beer and alcohol while hoodlums carry out their official duties.

These un-official customs officers often wear customs uniforms to command respect from the members of the public. They often cause nuisance to the road users.

At times, if contraband materials or goods are seized, they will be given to the wives of these hoodlums to sell along the road.