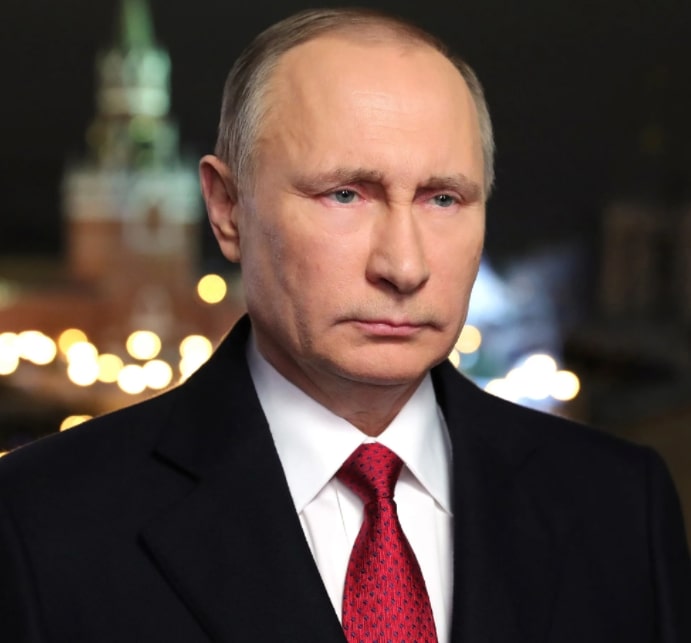 Frankly, we are up against a bewildered world where a few call the shots. A beleaguered world if you ask me where self-styled grandees bestride the narrow world like a collosus, if I may borrow a hackneyed quotation from Shakespeare. It is no news today that the weak are ruled by force of arms via conquest and colonialism.

So many of these men abound in history. In the Orient, for instance, was Emperor Hirohito of Japan. In Europe were the likes of Adolf Hitler of Germany, Benito Mussolini of Italy, Stalin of the defunct Soviet Union.

Back home in Africa, the history of tyrants will be incomplete without mentioning the likes of Idia Amin Dada of Uganda, Emperor Haile Saliesse of Ethiopia, Jean Bedel Bokassa of Central African Republic, Mobutu Sese Seko of Democratic Republic of the Congo and many others who at different times in human history ruled over their countries by caprice.

Driven by greed, wimps of pride and boundless ambitions to be super human or the like the above-named presided over regimes marked by horror, violence, chaos, terror and bloodshed in their respective domains.

If one could recall from dim memory, the tripartite pact by Hitler, Hirohito and Mussolini ushered in World War 2 which resulted in global horror and universal misery. Today, the pride and maddening ambition of one man to be recognized as one of the towering figures in Russian history if not nipped in the bud now could again lead the world to yet another catastrophe.

On March 16, 2022, it made news headlines that the Kremlin while speaking through Oleg Matveychev its Spin doctor and Member of Parliament laid claims to the state of Alaska and Fort Ross in California and wants it retuned to Russia as reparations for the ongoing US-led crippling sanctions against his country.

Initially I dismissed the rantings with a trivial hand knowing full well what the inordinate demands would certainly amount to but on second thoughts it dawned on me that Putin having put his nuclear deterrent forces on alert could try an armed invasion of the state of Alaska because of its geographical proximity to Russia. If he does this, I soliloquized , all hell could break loose because the USA will never and by no stretch of the imagination fold its hands and concede its territory, not even one inch of it, even with all the gold in Timbuku, to Russia.

In a swift response, the Governor of the State of Alaska, Mike Donleavy, wrote on Twitter warning Russia against tempting fate. He wrote……..”We have hundreds of thousands of armed Alaskans and military members that will see it differently”

Frankly, what baffles this writer is the rationale behind laying claims to a vast expanse of land that was disposed of by your country to the USA in ages past – April 1867 – for $7.2 million in gold. Does Putin need reminding America is no Liliputian republic that could be cowed into submission by force of arms? Is he emboldened by his ongoing military campaign in Ukraine?

A little bird says he had reckoned to overrun Ukraine within 72 hours but the reverse has suddenly become the case as what spectators are seeing on the ground is nothing short of a long drawn ding-dong battle.

Sometimes I wonder if some people need an extra implant of the sensory data to think and behave rationally. The USA excluding its NATO allies is reckoned as second to none in Global Fire Power (GFP). That it has the strongest military force on earth is not in dispute , official records show. What ever gives Olev Matvechev the impression that the US could be overrun by Russia’s military remains a puzzle awaiting demystifation all things considered.

Reports reaching this writer have it that Russia’s Vladmir Putin obviously suffocating from the debilitating heat of the stiff resistance in the ongoing war in Ukraine has vowed to purge Russia of traitors. Who are the traitors if one may ask?

He has doubtless lost confidence in his trusted lieutenants which is tantamount to the hangman’s noose. A country he had reckoned to overrun within 72 hours in his pre-invasion speech has not only fought back gallantly but exposed Russia’s military weakness the reason he has resorted to all manner of infantile threats, crying war crimes including the use of nuclear weapons.

Suffice to say Putin’s military campaign in Ukraine has suffered humiliating setbacks – a clear warning to potential aggressors that the world could speak with one voice to unite against bully and arrogance.

The alleged “traitors” Putin is scared of are not unaware of the dangers inherent in prosecuting a nuclear war. There are searching questions this writer would want answers to. Do his alleged traitors want
the vast majority of the human population to suffer extremely unpleasant deaths from burns, radiation and starvation? Do his alleged traitors want human civilization to collapse abruptly with survivors, if any, only to eke out a living on a devastated, barren planet? The answers to these questions, if you ask me, could by no means be in the affirmative!

However, pride, it is often said, goeth before a fall. Putin would be better advised to give concessions to Ukraine’s demands – a country that is more than willing to see Russia’s war machines withdrawn from its territory.

The West on its part has a role to play under the existing circumstances.

A high-powered delegation by its Foreign Ministers ought to set sail for Moscow for peace talks with the Kremlin before writting Putin off as a soulless tyrant should he stands his ground. Employing suation could make him tame his temper and stop the war in Ukraine.

We cannot continue to stockpile weapons with or without nuclear warheads. All I crave is a world without weapons and violence.

Darlington, a public commentator on national and global issues, wrote from Lagos, Nigeria.

Ukraine Invasion: Africans In North America & Europe Should Read This!
Annie Idibia: The Painful Part Of My Marriage To 2face Idibia