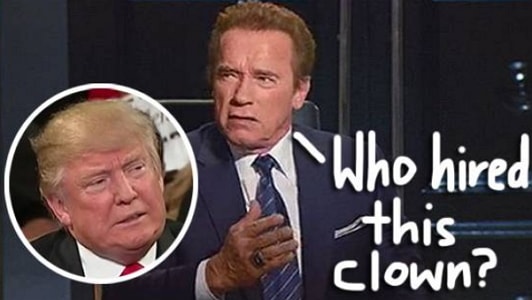 The former California’s governor who described Trump as Putin Fan boy said he disgraced the United States of America during the press conference that held in Finland on Monday.

Watch the short video clip below:

See the transcript of his message for Trump below:

‘President Trump, I just saw your press conference with Putin and it was embarrassing. I mean, you stood there like a little wet noodle, like a little fan boy, I mean… I was asking myself ”when are you going to ask him for an autograph or a selfie or something like that?” I mean, you literally sold out to this press conference, our intelligence community, our justice system and worst of all our country. ‘You’re the President of the United States you shouldn’t do that. What’s the matter with you?’