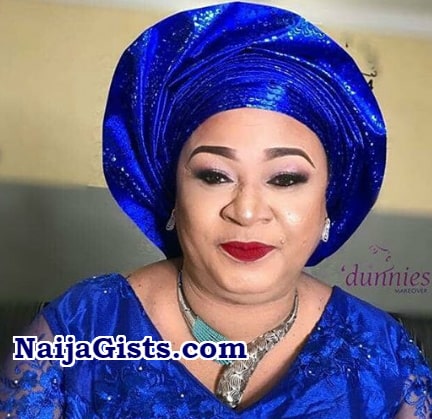 Oniga made the remarks at the APC Governorship Campaign rally held at Ebute Meta, Lagos.

“Why I want l Lagos State to remain in the hand of APC is for continuity sake; and realistically, Babajide Sanwo-Olu, the party governorship candidate is part of the continuity.

“When Asiwaju Bola Ahmed Tinubu was the governor of the state, there was development, and after him, the subsequent governors have been performing excellently well.

“So, let there be continuity. I know Babajide Sanwo-Olu will perform well as the governor of the state,” she said. (NaijaGists.com)

The actress, however, appealed to Lagos residents to come out en masse on Saturday and to exercise their voting rights, irrespective of their tribes.

She also advised the non-indigenes in the state to work together and support the ruling party to ensure the continuity and progress.

“Most people from other parts of the country have business and investment in Lagos State, so we have to work together to ensure that government provides more enabling environment for the people,” the actress said.